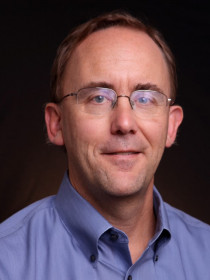 Howard's research focuses on the history and politics of U.S. social policy. He is the author of The Hidden Welfare State (1997) and The Welfare State Nobody Knows (2007), as well as numerous articles and book chapters. He was one of three co-editors for The Oxford Handbook of U.S. Social Policy (2015). His current book project is a comprehensive map of the social safety net, public and private.
Contributions | No Jargon Podcast | In the News | Publications

The Social Saftey Net Was Broken Before the Pandemic

What Americans Think about Poverty and How to Reduce It

The Unfinished Debate over Expanding Medicaid in Virginia

What the Ryan Budget Plan Would Mean for Virginia

Tax Expenditures: What They are and Who Benefits

Thinking Like a Political Scientist: A Practical Guide to Research Methods (University of Chicago Press, 2017).

Offers a fresh approach to research methods, aimed primarily at undergraduates.  Presents a balanced amount of experiments, statistical analysis, and case studies. Discusses asking good questions in the first half and providing good answers in the second half of the book.

Summarizes much of what we know about the politics of U.S. social policy with contributions from leading political scientists, sociologists, historians, and economists.  Identifies promising paths for future research.

Analyzes the different meanings of “means-testing” among policy elites, some connected to eligibility and benefits and others connected to financing.

"Taxation and the Elderly" in The New Politics of Old Age Policy, 2nd ed., edited by Robert B. Hudson (Johns Hopkins University Press, 2010), 337-355.
Although many people are familiar with Social Security and Medicare, few understand how the tax code affects the elderly. This chapter analyzes the impact of different taxes and tax expenditures on senior citizens.
"Extensive but Not Inclusive: Health Care and Pensions in the United States" (with Edward D. Berkowitz), in Public and Private Social Policy: Health and Pension Policies in a New Era, edited by Daniel Béland and Brian Gran (Palgrave Macmillan, 2008), 70-91.
Serves as a primer on the public-private mix in health care and retirement pensions. Demonstrates that the line separating public and private is often fuzzy, and that individuals with below-average incomes depend heavily on public programs while more affluent citizens receive most of the “private” benefits from employment.
The Welfare State Nobody Knows: Debunking Myths about U.S. Social Policy (Princeton University Press, 2007).
Shows that the American welfare state is larger, more popular, and more dynamic than commonly believed. Nevertheless, poverty and inequality remain high, and this book helps explain why so much effort accomplishes so little.
The Hidden Welfare State: Tax Expenditures and Social Policy in the United States (Princeton University Press, 1997).
Despite costing hundreds of billions of dollars and subsidizing everything from homeownership to child care to health insurance, tax expenditures have received little attention from those who study American government. Based on the histories of four tax expenditures, this book shows how and why policy makers turn to the tax code to make social policy.