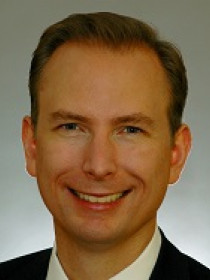 Rudesill is a scholar and practitioner of legislation and national security law and policy. Particular areas of emphasis in Rudesill’s research and teaching include secret law, arms control (especially nuclear weapons), the federal budget, and the experiential “learning-by-doing” training of professionals. He co-directs the Washington, D.C., Summer Program and the Legislation Clinic and directs The Ohio State National Security Crisis Simulation. Rudesill also leads the Congressional Clerkship Coalition and has advised senior leaders in all three branches of the federal government. He served the U.S. Congress for nine years, principally as legislative assistant for national security to U.S. Sen. Kent Conrad and the senior professional staff member for the U.S. Senate Budget Committee responsible for national defense and international affairs spending. In the executive branch, as a member of the Obama-Biden Presidential Transition Team, Rudesill advised Dennis Blair, the president’s nominee to be director of national intelligence, and Leon Panetta, the president’s nominee to be CIA director, during confirmation by the U.S. Senate. Thereafter, he served in the Office of the Director of National Intelligence (ODNI), and represented ODNI on the President’s Detention Policy Task Force at the U.S. Department of Justice. In the judicial branch, Rudesill was a law clerk to James B. Loken, chief judge of the U.S. Court of Appeals for the Eighth Circuit.

How Americans Can Regulate Secret Lawmaking by the U.S. Government

Evaluates the frequent claim that all three branches of the U.S. federal government are producing secret law, including empirical analysis of the classified legislative addenda through which Congress regulates classified intelligence programs.  Distinguishes secret law from secret fact, constructs normative options, and recommends 10 principles for governing secret law, starting with the cardinal principle of public law’s supremacy over secret law.

"Closing the Legislative Experience Gap: How a Legislative Law Clerk Program Will Benefit the Legal Profession and Congress" Washington University Law Review 87, no. 3 (2010): 699-716.

Completes a two-part empirical analysis of the prior professional experience of the legal profession’s elite, as reflected in the biographies of federal appellate jurists, faculty at Top 20 law schools, and the top 500 lawyers nationwide. Shows a dramatic shortfall in work experience inside legislatures compared to work for agencies, courts, law firms, and academic institutions – a “legislative experience gap” that Congress can start to solve via creation of a law clerk (legal apprenticeship) program.

"The Deep Web and the Darknet: A Look Inside the Internet’s Massive Black Box," (with Daniel Sui and James Caverlee), Woodrow Wilson Center, August 2015.

Describes the Deep Web and Darknet and how they operate.  Identifies regulatory, policy, and legal challenges, and urges focused policy-maker and legal analyst attention.

States have always sought to influence foreign elites and armies, but changes in the nature of power globally have now made foreign public opinion a matter of U.S. national security.  This article argues for space in U.S. political culture for acknowledgement of this new reality, one that both the George W. Bush and Obama Administrations have understood, albeit it with very different policy responses.

Describes the Moritz College of Law’s integrated legislation curriculum, including a first-year Legislation course, a Legislation Clinic focused on the state legislature, a federal legislative advocacy opportunity, and a major legislative component to a national security simulation.