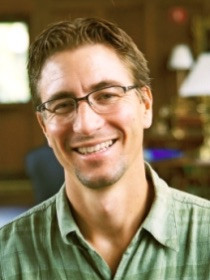 Smith is a nationally recognized expert on direct democracy, campaign finance, and voting rights in the American states, and is co-author of a leading textbook, State and Local Politics: Institutions and Reform. His research is motivated by furthering our understanding about how political institutions affect political behavior across and within the American states, with a particular focus on ballot measures, voting rights, and election issues. In addition to his influential books on direct democracy (Tax Crusaders and the Politics of Direct Democracy (Routledge, 1998) and Educated by Initiative (University of Michigan Press, 2004, with Caroline Tolbert), he has authored or coauthored more than 50 scholarly articles and book chapters on the politics and processes of voting and elections in the American states. In addition to his academic research on American political institutions and political behavior, he has worked extensively in West Africa, serving as a Senior Fulbright Scholar at the University of Ghana. He is a frequent media contributor and speaker to nonprofit organizations, has advised governments (including the U.S. Senate) and non-governmental organizations on direct democracy, voting rights, and electoral issues, and has served as an expert on numerous voting and election-related lawsuits. He is also the President of ElectionSmith, Inc.

When Florida Rolled Back Early Voting, Minorities were Especially Affected

"House Bill 1355 and Voter Registration in Florida" (with Michael Herron). State Politics and Policy Quarterly 13, no. 3 (2013): 279-305.
Draws on state voter files in Florida to find that regulations on groups like the League of Women Voters in 2011 caused voter registration rates to drop precipitously compared with registrations in 2007, especially among younger and Democrat registrants.
"Souls to the Polls: Early Voting in Florida in the Shadow of House Bill 1355" (with Michael Herron). Election Law Journal 11, no. 3 (2012): 331-347.
Draws on statewide voter files from the 2008 general election and finds that Florida’s reduction in the early voting period from 14 to eight days in 2011 would likely have the most pronounced negative effects on Democratic, African American, Hispanic, younger, and first-time voters, especially those casting ballots on weekends, including the erstwhile final Sunday of early voting.
"The Impact of Petition Signing on Voter Turnout" (with Janine Perry and Shane Henry). Political Behavior 34 (2011): 117-136.
Merges original data of citizens who signed ballot petitions with data from voter files in Arkansas and Florida. Finds that signing a ballot petition can spur voter turnout, most notably among peripheral voters in local elections.
"Obama to Blame? African American Surge Voters and the Ban on Same-Sex Marriage in Florida" (with Stephanie Slade). The Forum 9, no. 2 (2011).
Draws on individual and aggregate-level data to find that African-Americans in Florida who were drawn to the polls by Barack Obama in 2008 were not the cause of the passage of Amendment 2, the statewide ballot measure banning same-sex marriage.
"Delegating Direct Democracy: Interparty Legislative Competition and the Adoption of the Initiative in the American States" (with Dustin Fridkin). American Political Science Review 102 (2008): 333-350.
Uses an original dataset of referendums placed on the ballot by state legislatures between 1898 and 1918 that granted citizens the power of initiative. Discovers that interparty legislative competition, party organizational strength, and third parties – rather than social and economic forces – were the most powerful predictors why legislators might be willing to divest themselves of their institutional power.
"The Educative Effects of Ballot Initiatives on Voter Turnout" (with Caroline J. Tolbert). American Politics Research 33, no. 2 (2005): 283-309.
Draws on aggregate turnout rates across the states from 1980 through 2002 to find that the educative effects of ballot measures bolster turnout, especially in midterm elections.