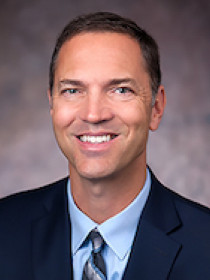 Director of the Center for Congressional and Presidential Studies and Professor of Government, American University
Areas of Expertise:

Barker has authored or co-authored three university press books and dozens of peer-reviewed political science journal articles on the subjects of American political parties, campaigns/elections, representation, culture/polarization, ideology/attitudes, information/communication, and institutions (Congress and the Presidency). He has served as the principal investigator on more than 60 grant/contract-supported research projects- totaling more than $10 million- including support from the National Science Foundation, the National Institute of Health, HUD, and many others. His first book, Rushed to Judgment: Talk Radio, Persuasion, and American Political Behavior (2012, Columbia University Press), was nominated for several national awards. Barker's second book, Representing Red and Blue: How the Culture Wars Changed the Way Citizens Speak and Politicians Listen (2012, Oxford University Press) has been featured in prominent national media outlets including The Washington Post and Vox. His third book,  One Nation, Two Realities: Dueling Facts in American Democracy is forthcoming in 2018.

In American Politics Today, Even Fact-Checkers are Viewed through Partisan Lenses

Demonstrates and explains how Republicans and Democrats want, and get, very different styles of political representation in the United State, with Democratic policymakers being much more inclined to take cues from constituents and Republicans are more likely to "stand on principle."

Presents a simplified theory of moral understanding and political ideology, showing that the differences between liberals and conservatives can be boiled down to whether one defines morality primarily in terms of empathy or discipline.

Documents and explains the relationship between traditionalistic Christian dogma, nationalism, and militaristic policy preferences in the United States.

Examines the causes of polarized fact perceptions- the tendency for Democrats and Republicans to believe very different things when it comes to empirical reality- and the consequences associated with that phenomenon.

"End Times Theology, The Shadow of the Future, and American Exceptionalism Regarding Global Climate Change " (with David Bearce). Political Research Quarterly 66, no. 2 (2012): 267-269.