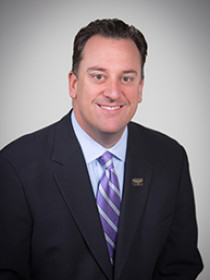 Examines the competitive elections in the 2018 election cycle.

"Michigan: Hiding Behind a Thin Blue Wall" (with John S. Klemanski), in Presidential Swing States, edited by David A. Schultz and Rafael Jacob (Rowman and Littlefield, 2018), 247-272.

Discusses a wide range of topics centered on Michigan politics.

"Parties and Populism in 2016" in American Political Parties Under Pressure: Strategic Adaptations for a Changing Electorate, edited by Chapman Rackaway and Laurie L. Rice (Palgrave Macmillan,, 2017), 43-75.

Examines the 2016 U.S. presidential election through the lens of populism.

Examines the dynamics and outcome of the campaign for the seat in Michigan's 11th Congressional District in the 2018 elections.

Explores the importance of lobbying efforts at the federal level by ethnic groups in the US as well as foreign governments.