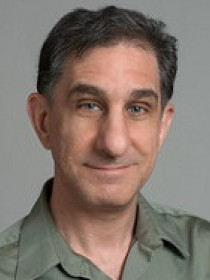 Hart is interested in the use of science and technology to tackle major public problems and the role of government in making that possible. For example, the world needs low-carbon energy technologies to limit the impact of climate change, and the private sector on its own will not adequately develop them. Creative policies at the state, federal, and international levels can stimulate this kind of innovation. He is also interested in the global flow of people and ideas that contribute to science and technology, and has studied U.S. immigration policy from this perspective. He sits on the board of a Washington think tank, the Information Technology and Innovation Foundation. He served as assistant director for innovation policy at the White House Office of Science and Technology Policy from July 2011 to August 2012, where he contributed to the development of the President’s manufacturing policy initiative, which was featured in the 2013 State of the Union address.

How America Can Build an Innovative New Energy System

"The Future of Manufacturing: The United States Stirs" Innovations 7, no. 3 (Summer 2012): 25-34.
Sketches the opportunities and challenges facing the U.S. as it seeks to recover from a disastrous decade for the manufacturing economy.
"The Need for Continued Innovation in Solar, Wind, and Energy Storage" Joule (2018).
"A National Network for Manufacturing Innovation: Why America Needs It and How It Should Work," (with Robert D. Atkinson and Stephen Ezell), Information Technology and Innovation Foundation, November 30, 2012.
Presents the case for a network of large-scale, regionally-oriented innovation centers to support internationally-competitive, U.S.-based production facilities.
"Immigration and High-Impact, High-Tech Entrepreneurship," (with Zoltan J. Acs), Brookings Institution, January 31, 2011.

Shows that foreign-born entrepreneurs play an important role in the U.S. high-tech sector and describes some policy options that would strengthen their contributions.