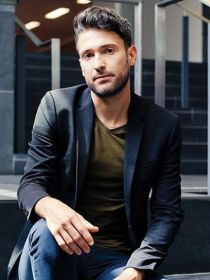 Assistant Professor of Sociology, University of Toronto
Areas of Expertise:

Pettinicchio’s research focuses on the development of political constituencies and their ongoing interaction with political institutions. While it is often assumed that disadvantaged groups mobilize in order to pressure states to act (for instance, to pass certain policies), he focuses on the ways in which policies – often the product of political entrepreneurship – create opportunities for grassroots mobilization. In his work, he argues that the dynamic interplay between elites and so-called “outside” challengers best describes America’s disability rights revolution. The disability rights struggle in the United States highlights the fluid boundaries between insider and outsider and the ways in which these actors work around policy innovations. In related projects, Pettinicchio examines the impact of policymaking, implementation and judicial interpretation on employment and earnings outcomes among people with disabilities. That is, the context which make The Unites States a policy leader in disability rights on the one hand, but a laggard in desired outcomes, especially when it comes to improving the economic wellbeing among people with disabilities.

"Employment Outcomes Among Men and Women with Disabilities: How the Intersection of Gender and Disability Status Shapes Labor Market Inequality" (with Michelle Maroto), in Factors in Studying Employment for Persons with Disability: How the Picture Can Change (Research in Social Science and Disability, edited by Barbara Altman and Sharon N. Barnartt (Emerald Publishing Limited, 2017), 3-33.

Seeks to address those factors which have made describing, predicting, and examining the work experience of a person with a disability both different and difficult. Examines less frequently analyzed aspects of employment for persons with disabilities, and offer a variety of approaches to the conceptualization of work, how they differ across cultures, organizations, and types of disability.

"Disability, Structural Inequality, and Work: The Influence of Occupational Segregation on Earnings for People with Different Disabilities" (with Michelle Maroto). Research in Social Stratification and Mobility 38 (2014): 76-92.
Argues that employed workers with disabilities experience occupational segregation that limits their earnings potential. Discusses that while people with disabilities tend to work in lower-skilled jobs with limited educational and experience requirements, disparities also vary by the nature of a person's disability, which perpetuates inequality by disability status. Argues that occupational segregation is one of the fundamental causes of persistent labor market inequality despite policy interventions like the Americans with Disabilities Act.
"The Limitations of Disability Antidiscrimination Legislation: Policymaking and the Economic Well-Being of People with Disabilities" (with Michelle Maroto). Law and Policy 36, no. 4 (2014): 370-407.
Discusses how, although Congress passed the Americans with Disabilities Act (ADA) to address, in large part, the declining economic well-being of people with disabilities – twenty years later – the trend has not reversed. Examines the continual gaps in employment and earnings by disability status connected to the enactment of state-level antidiscrimination legislation, the number of ADA charges brought to the Equal Employment Opportunity Commission, and the results of ADA court settlements and decisions. Suggests a complex relationship between legislative intent and policy outcomes, showcasing the multilayered institutional aspects behind the implementation of disability antidiscrimination legislation.
"Strategic Action Fields and the Context of Political Entrepreneurship: How Disability Rights Became Part of the Policy Agenda" in Research in Social Movements, Conflicts and Change, edited by Patrick G. Coy (Emerald Group Publishing Limited, 2013), 79-106.
Narrates how, in the late 1960s and early 1970s, disability rights found a place on the U.S. policy agenda. Discusses how political entrepreneurs pursued a new policy image of rights within a context of increasing committee involvement, issue complexity, and space on the policy agenda having important consequences on policy.
"Institutional Activism: Reconsidering the Insider/Outsider Dichotomy in Social Movements" Sociology Compass 6 (2012): 499-510.
Focuses on the history of, and recent developments in, the study of institutional activism, situating the concept within existing social movement theory and providing examples of the varying roles of institutional activists in mobilization.
"‘Cultures of Inequality:' Ethnicity, Welfare Beliefs, and Criminal Justice" (with Robert Crutchfield). Annals of the American Academy of Political and Social Science 623 (2009): 134-147.
Discusses the shift from classic culture of poverty arguments to more contemporary uses of cultural variables in explaining criminal justice practices in Western industrialized countries. Uses “cultures of inequality” to refer to the increasing taste or tolerance for inequality in the general population across nations. Argues that countries with higher than average tastes for inequality also have higher income inequality, more population heterogeneity, and higher percentages of others in prison.