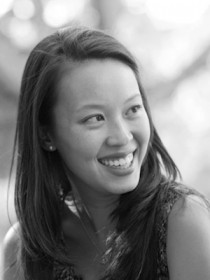 Kuo's research focuses on democratization, political parties, and clientelism. Overarching themes in Kuo's writings include the democratic reform and transitions from clientelism, the relationship of capitalism and democracy, and polarization and parties. Kuo manages a program on American Democracy in Comparative Perspective at Stanford's Center on Democracy, Development, and the Rule of Law, where she engages policy and non-academic communities about issues in American democracy. She produces policy briefs, writes for non-academic audiences, and organizes events with stakeholders in democratic reform.

What History Teaches about Reforming U.S. Political Parties and Governance

Episode 155:
The Midterms and Beyond

Clientelism, Capitalism, and Democracy: The Rise of Programmatic Politics in the United States and Britain (Cambridge University Press, 2018).

Explains how parties transition from clientelism towards programmatic politics. Uses the historical cases of the United States and Britain to advance a theory of capitalist interests against clientelism. Shows how new economic actors pushed for programmatic reforms.

"The Contradictions of Democratic Innovation in the United States" in The Governance Report 2017, edited by Helmut Anheier (Oxford University Press, 2017), 43-56.

Describes why there are two trajectories of reform at the state level: one that tries to open the franchise and lower the cost of voting, and another that creates barriers to voting. Explains the history of voting rights in America and argues that access to the ballot remains contested.

"Electoral System Reform in the United States," Stanford Center on Democracy, Development and the Rule of Law, March 14, 2014.

Explains the drawbacks of single-member district, first-past-the-post elections. Advocates for preferential voting and proportional representation, drawing on the experiences of New Zealand, Ireland, Australia, and other countries that have reformed their electoral systems.