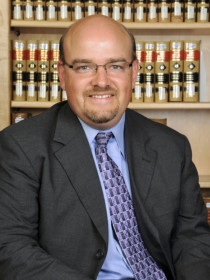 Berman's principal teaching and research focus on the area of criminal law and criminal sentencing, though he also has teaching and practice experience in the fields of legislation and intellectual property. Before becoming a professor, he attended Princeton University and Harvard Law School, served as a law clerk for Judges Jon Newman and Guido Calabresi on the U.S. Court of Appeals for the Second Circuit, and worked at the law firm of Paul, Weiss, Rifkind, Wharton, and Garrison in New York City. Berman has authored hundreds of articles, submitted dozens of amicus briefs, and is the creator and sole author of the widely-cited blog Sentencing Law and Policy. He has served as a managing editor of the Federal Sentencing Reporter for more than two decades, and also is a managing editor of the Ohio State Journal of Criminal Law. Berman has testified before the U.S House of Representatives and numerous sentencing commissions, and he frequently is consulted by national and state policymakers and public policy groups concerning sentencing law and policy.

Reviews state efforts to couple marijuana reforms with broad ameliorative legislation to facilitate expungement of prior convictions. Urges policymakers and reform advocates to see the value of linking and leveraging the commitments and spirit of modern marijuana reform and expungement movements.

Reviews uneven and often uninspired experiences of the federal system which have often cast a negative light on the "guideline model" of sentencing reform, but highlights why a well-designed guideline structure provides the best means for the express articulation of sound standards to inform and shape individual sentencing outcomes and to promote transparency and the rule of law throughout a jurisdiction's sentencing system. Argues there are challenges to designing and managing the particulars of an effective guideline sentencing system, but that these are challenges that lawmakers should embrace, not avoid.

Seeks to explain the realities of modern death penalty advocacy in order to spotlight problems for any sustained efforts to improve the modern death penalty. Seeks first to expose an enduring disconnect between lay interest and insider advocacy concerning death penalty reform and second to explain the pessimistic concern that even moderate and modest efforts to improve the modern administration of capital punishment may, more often than not, constitute something of a fool's errand.

Urges active use of President's clemency power, especially for nonviolent drug offenders, and pushes for creation of a Clemency Commission independent from the Department of Justice.

Examines the issue of "sentence finality" in the hope of encouraging more thorough and reflective consideration of the values and interests served— and not served— by doctrines, policies, and practices that may allow or preclude the review of sentences after they have been deemed final. Highlights reasons why sentence finality has only quite recently become an issue of considerable importance. Suggests that history combines with modern mass incarceration in the United States to call for policymakers, executive officials, and judges now to be less concerned about sentence finality, and to be more concerned about punishment fitness and fairness, when new legal developments raise doubts or concerns about lengthy prison sentences.