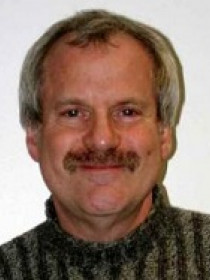 Slotnick’s major area of professional expertise and research focus is in the American judiciary with a specific interest in federal courts generally and, in particular, the U.S. Supreme Court. He has written and lectured extensively in the areas of federal judicial selection processes and politics, and media coverage of the Supreme Court and the relationship between that coverage and public information and knowledge about the Court. During his teaching career he has served on the national board of the American Judicature Society and the state and local boards of the American Civil Liberties Union. He has also served on the Federal Judicial Nominations Task Force of the American Bar Association. Slotnick has given several public presentations at the Ohio Supreme Court related to his research as well as to a group of Eastern European Judges and Justices attending a workshop at the Court on the American judiciary.

Obama's Judicial Appointments in a Time of Extraordinary Obstruction

"Obama's First Term Judiciary: Picking Judges in the Minefield of Obstructionism" (with Sheldon Goldman and Sara Schiavoni). Judicature 96, no. 4 (forthcoming).
Focuses in detail on the selection and confirmation processes of lower federal court judges during President Obama’s first term and documents the unprecedented levels of obstruction and delay as well as the unprecedented success, despite all the obstacles, of diversifying the federal bench.
"Obama's Judiciary at Midterm: The Confirmation Drama Continues" (with Sheldon Goldman and Sara Schiavoni). Judicature 94, no. 6 (2011): 262-303.
Documents Barack Obama’s stunning achievement of promoting gender, ethnic, and racial diversity on the federal bench, including two Supreme Court appointments; the authors contend that this positive outcome is counterbalanced by a slow and problematic nominations process and partisan obstructionism resulting in relatively small numbers of confirmations.
"W. Bush's Judicial Legacy: Mission Accomplished" (with Sheldon Goldman and Sara Schiavoni). Judicature 92, no. 6 (2009): 258-288.
Argues that George W. Bush and his administration’s judicial legacy, which included the appointment of like-minded conservative justices to the Supreme Court and lower courts, was highly politicized and, in the end, very successful.
Television News and the Supreme Court: All the News That’s Fit to Air? (with Jennifer A. Segal) (Cambridge University Press, 1998).
Offers an in-depth analysis of journalistic attention to the Supreme Court and provides a comprehensive picture of how numerous constraints faced by reporters covering the Court (imposed by the nature of the television news industry and the Court itself) contribute to the pattern of infrequent, brief, and in too many instances, incorrect and misleading stories that are aired.