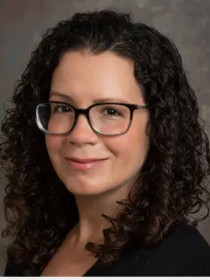 Cassese's research examines voter psychology, with an emphasis on the role of gender in American political campaigns and elections. This work has appeared in Political Behavior, Political Research Quarterly, Political Psychology, Politics & Gender and a number of other scholarly journals. Cassese’s scholarship has been cited by national media outlets, including The New York Times, The Washington Post, Vox, and FiveThirtyEight.

Investigates the effects of trait and issue based campaign attacks on candidate evaluations and voter decision making. Finds female candidates are particularly vulnerable to attacks on stereotypically feminine traits and issues.

Explores how beliefs about race and gender shape support for pay equity policy. Finds that support varies depending on the characteristics of women who stand to benefit from programs that would ensure equal pay for men and women.

"A Re-Examination of Women's Electoral Success in Open Seat Elections: The Conditioning Effect of Electoral Competition " (with Tiffany D. Barnes and Regina P. Branton ). Journal of Women, Politics, and Policy 38, no. 3 (2016): 298-317.

Investigates female candidates' electoral success in Congressional races that are "open seats"- meaning that no incumbent is running in the contest. Finds that female candidates face greater harm in fields with multiple high-quality challengers when compared to similarly-situated male candidates.