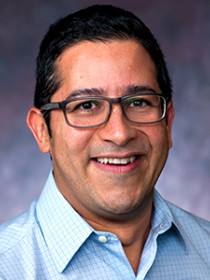 Castañeda is Associate Professor of Sociology at American University in Washington, D.C. He is the director of the Immigration Lab. He has conducted surveys and ethnographic fieldwork in the United States, France, Spain, Switzerland, Mexico, Algeria, and Morocco. Castañeda is interested in the relation between the contexts of immigrant reception, including the avenues available for political voice, and the political inclusion of immigrants and minorities. His ongoing research projects compare different metropolitan areas along the US-Mexico border, address Hispanic Health Disparities, look into the causes of homelessness, and examine the link between migration and mental health.
Contributions | No Jargon Podcast | In the News | Publications

How to Help Unaccompanied Children from Central America—Ideas from the Washington, DC Area

How to Support People Who Are Experiencing Homelessness

Waiting for Real Reform: How Half-Way Measures Leave Immigrants in Limbo and Deprive America of Their Talents

Is the Southwestern Border Really Unsafe?

Studies the journey of immigrant children from El Salvador, Guatemala, and Honduras, discussing their motives for migration, and experiences on the journey through Mexico.

Mentions the ways in which immigrant minors from Central America have been exposed to trauma, and how it affects their day-to-day lives in the United States.

Proposes ways that local communities can support immigrant youth and their families, in and out of schools.

"Sick Enough? Mental Illness and Service Eligibility for Homeless Individuals at the Border" (with Curtis Smith). Social Sciences 9, no. 8 (2020): 145.

Measures mental illness among individuals experiencing homelessness in a border city and compares it to the general housed population. Uses original data from a homeless survey conducted in El Paso, Texas.

Puts the recent calls to build a border wall along the US-Mexico border into a larger social and historical context. Describes the building of walls, symbolic and physical, between Americans and Mexicans, as well as the consequences that the walls have in the lives of immigrants and Latin communities in the United States. Provides a sophisticated analysis and empirical description of racializing and exclusionary processes.

Explores point in time methodology focusing on visible street homeless individuals and those in shelters while neglecting the “marginally housed” or less visible homeless who live in automobiles or temporarily stay with friends and extended family.  Explains how they replicated HUD’s PIT count, but additionally targeted the marginally housed to improve traditional methods of counting the homeless in various ways.

Discusses the American sociologist Charles Tilly. Connects Tilly's work on large-scale social processes such as nation-building and war to his work on micro processes such as racial and gender discrimination. Provides a road map to Tilly's work and his contributions to the fields of sociology, political science, history, and international studies.

Attempts to estimate the prevalence of substance use among Hispanics in El Paso and to determine the association between substance use and immigrant generation. Shows that the rates of tobacco, marijuana, and illicit drug use were lower among young adults in El Paso.

Immigration and Categorical Inequality: Migration to the City and the Birth of Race and Ethnicity (Routledge, 2018).

Explains he general processes of migration, the categorization of newcomers in urban areas as racial or ethnic others, and the mechanisms that perpetuate inequality among groups.

"Why Walls Won't Work," Book review, July 31, 2015.
Argues that walls won’t work because (1) the border has long been a place of connection; (2) the wall is an aberration in local history; (3) the prosperity of the border twin cities requires that there be no barriers between them; (4) people always ﬁnd ways over, under, through, and around walls; (5) government and private interests continue opening doors in the wall; (6) the “third nation” does indeed exist in the minds and habits of border residents; (7) mobility and demographic realities trump the border industrial complex; (8) Mexico is increasingly global and democratic; and (9) walls always come down.
"A Geographically-Aware Multilevel Analysis on the Association Between Atmospheric Temperature and the “Emergency and Transitional Shelter Population" (with Curtis Smith and Carlos Siordia). Human Geographies 8, no. 2 (2014).

Examines the Emergency and Transitional Shelter Population (ETSP) with the help of the BAH Calculator —which includes what are commonly referred to as “homeless” people.

Compares Hispanic and non-Hispanic homeless populations in El Paso, Texas, collected in “traditional homeless spaces” as well as in non-traditional spaces where Hispanics may be more heavily represented. Finds Hispanics to be underrepresented when compared with the general population of El Paso.

"A Family of Strangers: Transnational Parenting and the Consequences of Family Separation Due to Undocumented Migration" (with Lesley Buck), in Hidden Lives and Human Rights in the United States: Understanding the Controversies and Tragedies of Undocumented Immigration, edited by Lois Ann Lorentzen (Praeger, 2014).
Discusses the processes that create transnational families and the consequences for the members. It includes vignettes from the lives of unaccompanied minors, children formerly left behind, and children of deported parents.
"The Homeless and Occupy El Paso: Creating Community Among the 99%" (with Curtis Smith and Josiah M. Heyman). Social Movement Studies 11, no. 3 (2012): 356-366.

Discusses how protestors during the Occupy movement in El Paso, Texas, argued that the homeless exemplified an important segment of the 99%, which gave the homeless people a different identity. Elaborates on how homeless people even credit the activities they carried with the Occupy El Paso movement for helping them recover from addiction and their eventual attainment of housing.

Looks at French public housing neighborhoods in relation to American Ghettos and Barrios.

"Urban Citizenship in New York, Paris, and Barcelona: Immigrant Organizations and the Right to Inhabit the City" in Remaking Urban Citizenship: Organizations, Institutions, and the Right to the City, edited by Michael Peter Smith and Michael McQuarrie (Transaction Publishers, 2012), 57-78.
Compares immigrant civic participation in three global cities.
"Living in Limbo: Transnational Households, Remittances and Development" International Migration 51, no. 2 (2012).
Examines in detail the nexus between migration and economic and social development.
"Remittances, Transnational Parenting, and the Children Left Behind: Economic and Psychological Implications" (with Lesley Buck). The Latin Americanist 55, no. 4 (2012): 85-110.
Discusses the strains faced by families divided by borders and the perverse effect of current economic and migratory policies.