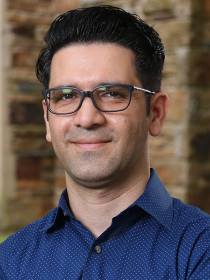 Khoshneviss is a sociologist of race and ethnicity, nationalism, and social movements. He is currently working on his doctoral project which studies how, despite centuries of racialization, people from the Middle East in the U.S. became racially white. He teaches introduction to social sciences, contemporary social problems, sociological theory, and ethnic and racial relations. Khoshneviss  currently serves as the academic advisor to student associations at the University of South Florida. With a degree in Journalism, Khoshneviss has worked for several media outlets, including BBC and Dow Jones in London, England.

Provides a critical review of the development of social movement theories. Argues that New Social Movement Theories, while enlightening, need to revise their claim of “newness” about certain movements in Western countries, and recognize the continuity and persistence of cultural politics and practices in older social movements within and outside of Western contexts.

Argues for the study of movement through a critical historical perspective to understand why certain mobilities are embraced, promoted, and glorified while the movement of certain others are condemned, prevented, and curtailed. Examines the experience of Iranian students at a Southern US airport.