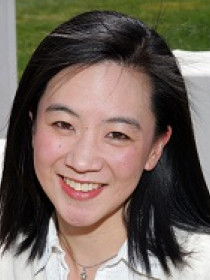 Han’s expertise lies in the areas of civic engagement, political organizing, democratic leadership development, and political polarization. Specifically, she studies the way people become motivated to get involved in politics, looking particularly at the organizing practices democratic institutions can use to engage people. She also studies the causes and consequences of polarization in the United States. She has conducted trainings and research with a number of different organizations interested in political organizing, including the Center for Community Change, the New Organizing Institute, MoveOn, Doctors for America, the Sierra Club, the Institutes for Healthcare Improvement, Greenpeace, and others. Han acted as co-convener of a Policy Advisory Committee for the 2008 Obama campaign, Chair of the Advisory Committee to the EAC Agency Review Team on the Obama-Biden Transition Team, and served as National Issues and Policy Advisor to Senator Bill Bradley’s presidential campaign in 1999-2000. From 2008-2011, Han sat on the Sierra Club's Volunteer Leadership Advisory Committee, an advisory committee to the national board.

Groundbreakers: How Obama's 2.2 Million Volunteers Transformed Campaigning in America (with Elizabeth McKenna) (Oxford University Press, 2015).
Argues that the Obama campaign altered traditional ground games by adopting the principles and practices of community organizing and that a key achievement of the OFA's field organizing was its transformative effect on those who were a part of it. Documents how the Obama campaign has inspired a new way of running field campaigns, with lessons for national and international political and civic movements.
"Leading Associations: How Individual Characteristics and Team Dynamics Generate Committed Leaders" (with Matthew Baggetta and Kenneth T. Andrews). American Sociological Review (June 2013).
Shows how teams that work interdependently are better able to generate committed leaders and activists.
"What Civic Organizations Can Do to Engage Citizens in Environmental Action" Environment: Science and Policy for Sustainable Development 54, no. 1 (2011): 38-40.
Discusses strategies civic associations can use to motivate more activism.
"The Relationship of Leadership Quality to the Public Presence of Civic Associations" (with Kenneth Andrews, Marshall Ganz, Matthew Baggetta, and Chaeyoon Lim). Perspectives on Politics 9, no. 1 (2011): 45-59.
Shows that civic groups that have more committed leaders are more likely to have more impact in the public arena.
"Does the Content of Political Appeals Matter in Motivating Participation? A Field Experiment on Self-Disclosure in Political Appeals" Political Behavior 31, no. 1 (2009): 103.
Shows that political appeals that include personal narratives are more likely to generate donations to civic associations.
Moved to Action: Motivation, Participation, and Inequality in American Politics (Stanford University Press, 2009).
Shows how people’s personal commitments motivate them to take political action, particularly among disadvantaged groups. Discusses the importance of interpersonal relationships in generating activism.
"A Delayed Return to Historical Norms: Congressional Party Polarization after the Second World War" (with David W. Brady). British Journal of Political Science 37, no. 3 (2007): 505-531.
Shows that polarization has been the norm throughout much of American history and explores the historical dimensions of change.