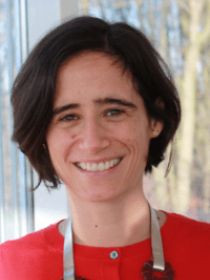 Valdez is a political theorist interested in the politics of race, gender, and difference. Her most policy-relevant expertise is on race, migration, and policing. She studies how common understandings of Latino/a identity are constructed and racialized (i.e. become associated with traits that are then tied to a group loosely grouped together as a race). Valdez looks at immigration enforcement as practices that construct racialized notions of Latino-ness that appear as common sense to the public. She also considers the problematic character of narratives of humanitarianism  in the immigration debate, and examines more promising forms of farmworker activism that better challenge the political economy of exploitation of migrant labor. Valdez investigates the imperial origins of contemporary racialized state practices, including policing and immigration enforcement. She has been involve with local activist networks by giving talks to community groups and participating in initiatives that provide the local Latino/a community with a basic understanding of their rights when they encounter law enforcement.

Offers a normative account of transnational cosmopolitanism, based on the theoretical reconstruction of neglected post-WWI writings and political action of W.E.B. Du Bois. Points out the limitations of Kant's cosmopolitanism through a novel contextual account of Perpetual Peace. Shows how these limits remain in neo-Kantian scholarship. Questions the contemporary currency of Kant''s canonical approach and enlists overlooked resources to radicalize, democratize, and transnationalize cosmopolitanism.

Advances the concept of paralegality, the practices and operations that constitute a dynamic system of actions and relationships that are not simply linear application of legislation or judicial decisions but may in fact extend or counter these texts. Illustrates the importance of paralegality but reconstructing the evolution of the 287(g) and Secure Communities programs, both of which have shape-shifted dramatically since their inception. Highlights the problem practice poses for law, proposes a theoretical alternative to textual-law-centric research on immigration and law enforcement, and contributes to scholarship on everyday citizenship.

Argues that punishment is best understood as a violent material reassertion of the narrative of the United States as a nation of laws. Conceptualizes the process through which race becomes a biopolitical divide, notes that the construction of race also shapes the meaning of whiteness, and shows the particular ways in which sovereignty, discipline, and biopower are combines in the U.S. immigration enforcement regime. Illustrates these claims by examining policies and practices that characterize contemporary immigration enforcement and finds that punishment fulfills functions of regeneration, discipline, or moralization, among others, and treats different subpopulations of migrants differently.

Argues that idealized portrayals of immigrants prevalent in political discourse must be scrutinized for their support of gender and racial nationalism and the effects they have on our understanding of (Latino/a) immigrant inclusion and democracy. Discusses how the films offer views of Latina/o culture as overtly traditional; a culture that must either be abandoned or appropriated by anti-feminist (postfeminist) agendas in order to assuage anxieties regarding the transformations of the heteronormative middle-class family. Concludes by drawing parallels between the positive portrayals of Latinas in these films and prominent arguments in the immigration debate that rely on constructions of deserving immigrants to push for extensions of membership.