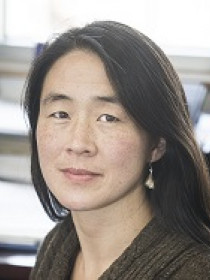 Wicks-Lim specializes in labor economics. Her research focuses on low-wage workers in the U.S. economy and has an overlapping interest in the political economy of race. Her publications include A Measure of Fairness: The Economics of Living Wages and Minimum Wages in the United States (co-authored 2008), and the studies “Improving Population Health by Reducing Poverty: New York’s Earned Income Tax Credit” (2015), “An Assessment of the Fiscal Impact of the Proposed Sonoma County Living Wage Ordinance,” (2014); and “A Stimulus for Affirmative Action” (2013). She also writes regularly for Dollars & Sense magazine.

"19 Million Jobs for U.S. Workers: The Impact of Channeling $1.4 Trillion in Excess Liquid Asset Holdings into Productive Investments," (with James Heintz, Heidi Garrett-Peltier, and Robert Pollin), Political Economy Research Institute, 2011.
Examines the impact on employment in the U.S. if some significant share of liquid as-set hoards were channeled into the expansion of productive activities and investments by private businesses. Argues that U.S. employment could expand by about 19 million jobs between 2012 and 2014.
"Green Prosperity: How Clean Energy Policies can Fight Poverty and Raise Living Standards in the United States," (with Robert Pollin and Heidi Garrett-Peltier), Natural Resources Defense Council and Green for All, 2009.

"Creating Decent Jobs in the United States," Political Economy Research Institute, University of Massachusetts Amherst, 2009.
Argues that, absent structural changes to the U.S. labor market, the U.S. economy will be no better at creating decent jobs in 2016 than it was in 2006 and demonstrates that labor unions represent one important structural change that would improve the ability of the U.S. economy to create decent jobs.
"An Assessment of the Fiscal Impact of the Proposed Sonoma County Living Wage Ordinance," Political Economy Research Institute, University of Massachusetts Amherst, September 2014.

Assesses the fiscal impact of the County of Sonoma, California’s adoption of a living-wage ordinance, indicating that the total impact of a $15.00 living wage would have a small impact on Sonoma County’s fiscal budget, in the range of 0.4 percent to 0.9 percent of the total.

"Making Work Pay: Combining the Benefits of the Earned Income Tax Credit and Minimum Wage," (with Robert Pollin), Political Economy Research Institute, University of Massachusetts Amherst, April 2012.
Explores minimum-wage laws and EITC payment supplements state-by-state, focusing on conditions for single mothers with a high school degree or less, and finds that 1. Both the minimum wage and EITC are associated with higher employment levels, 2. The minimum wage and EITC strengthen each other’s positive effects, and 3. Both policies must be increased well beyond current levels to “make work pay.”
A Measure of Fairness: The Economics of Living Wages and Minimum Wages in the United States (with Mark Brenner and Stephanie Luce) (Cornell University Press, 2008).
Provides an overview of living wage and minimum wage implementation in Louisiana, New Mexico, Arizona, California, Massachusetts, and Connecticut to show how these policies play out in the paychecks of workers, in the halls of legislature, and in business ledgers. Argues that living wage laws and minimum wage increases have been effective policy interventions capable of bringing significant, if modest, benefits to the people they were intended to help.