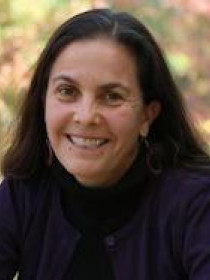 Owen works with government, non-profit, and university stakeholders to enhance the use of research to inform and positively affect policy and practice, particularly on issues concerning disadvantaged and vulnerable children and families. In addition to teaching and advising undergraduates and graduate students, she directs the North Carolina Family Impact Seminar, a legislative education initiative, and co-directs the Duke University School Research Partnership. From 2008-2014, she was the director of the University-Based Child and Family Policy Consortium. Owen is the principal investigator for an Oak Foundation-funded effort focused on non-profit capacity building and a John Rex Endowment project on children’s positive mental health. From 2003-2008, she was the PI for the Z. Smith Reynolds Foundation’s Professional Development Initiative. She has served as a consultant to the University of North Carolina system, the Z. Smith Reynolds Foundation, and the North Carolina Network of Grantmakers. In 2007 she was awarded an Eisenhower Fellowship to South Africa and in 2010 launched DukeEngage Durban (South Africa), an annual immersive service program for undergraduates.