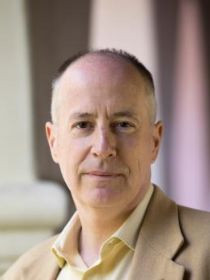 Humphreys' research addresses the prevention and treatment of addictive disorders, the formation of public policy and the extent to which subjects in medical research differ from patients seen in everyday clinical practice. For his work in the multinational humanitarian effort to rebuild the psychiatric care system of Iraq and in the national redesign of the VA health system's mental health services for Iraq war veterans, he won the 2009 American Psychological Association Award for Distinguished Contribution to the Public Interest. He and the authors of "Drug Policy and the Public Good" won the 2010 British Medical Association's Award for Public Health Book of the Year.

Humphreys has been extensively involved in the formation of public policy, having served as a member of the White House Commission on Drug Free Communities, the VA National Mental Health Task Force, and the National Advisory Council of the U.S. Substance Abuse and Mental Health Services Administration. During the Obama Administration, he spent a sabbatical year as Senior Policy Advisor at the White House Office of National Drug Control Policy. He has also testified on numerous occasions in Parliament and advises multiple government agencies in the U.K.

How America Can Effectively Fight the Opioid Crisis

Discusses the impact of the Affordable Care Act on the U.S. response to the opioid epidemic.

"Cost-Effectiveness of HIV Preexposure Prophylaxis for People Who Inject Drugs in the United States" Annals of Internal Medicine 165, no. 1 (2016): 10-19.

Evaluates the cost-effectiveness and optimal delivery conditions of preexposure prophylaxis for people who inject drugs.

Reviews relevant evidence and outline the likely effects of fuller implementation of existing policy interventions aimed at preventing or reducing the damage that illicit drugs cause to the public good.