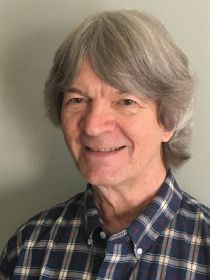 Thomas’s research deals with the use of subsidies to attract investment by state and local governments. He places the topic in a comparative context, in particular by contrasting typical U.S. policies with European Union state aid rules, and other rules to control such “investment incentives” in Canada and Australia. He has been a community organizer and has worked with local groups in suburban St. Louis fight against tax increment financing subsidy projects. Thomas was in the leadership of Old Town Preservation Committee and worked with numerous other groups to reform Missouri’s tax increment financing statute. He has consulted informally for the Columbia Center on Sustainable Investment on its Annual Meeting, on the topic of investment incentives, and has also consulted on subsidy issues for the Organization for Economic Cooperation and Development.

Shows the evolution of EU state aid control and documents how EU governments give systematically smaller investment incentives than U.S. state and local governments do for similar projects, even projects by the same company.

Investment Incentives and the Global Competition for Capital (Palgrave Macmillan, 2011).

Covers investment incentives and their control in developed and developing countries alike, with an updated estimate of the national cost of U.S. state and local government subsidies.

Presents the theoretical case that competition for investment has negative consequences for economic inequality, efficiency, and even the environment, and that controlling this competition takes the form of a Prisoners’ Dilemma that has eluded solution in the United States. Shows how the European Union had partially brought the problem under control. Provides a national estimate for subsidies by U.S. state and local governments.