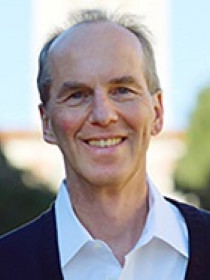 Weyland’s recent research has focused on democratization, authoritarian rule, fascism, and populism in Latin America and Europe, from the 19th century onward. His particular interests have been external influences on domestic developments. His second area of research concerns populism, a political strategy in which personalistic leaders base their quest for power on widespread but heterogeneous and weakly organized mass support. Because populist leaders stand on precarious ground, they seek to concentrate power and attack presumed enemies. Populism therefore poses risks to the quality of democracy; in fact, where the institutional framework is weak, populism threatens democracy’s survival.

Kurt Weyland's research on David Leonhardt, "Paul Ryan and the Dreamers," The New York Times, February 13, 2018.
"Brazil's Workers' Party May Soon be Forced to Start Pondering Life after Lula," Kurt Weyland, World Politics Review, January 31, 2018.
"There are 4 Big Barriers to the Populist Model in America (and Your Democracy is Safe)," Kurt Weyland, The Washington Post, August 11, 2017.

Examines the crafty ways in which leftwing populists like Hugo Chávez have, under the cover of their progressive pronouncements, seriously undermined pluralist democracy and, in Venezuela, installed an openly authoritarian regime.

Making Waves: Democratic Contention in Europe and Latin America since the Revolutions of 1848 (Cambridge University Press, 2014).

Demonstrates through case studies of Venezuela and Bolivia vs. Brazil and Chile that the moderate, party-based left in Latin America achieved better socioeconomic performance than the contestatory, populist left, which also undermined pluralist democracy.

Shows how foreign precedents and models often spur emulation efforts, though in modified versions. But external stimuli can also exert deterrent effects; depending on the domestic constellation, they can prompt a backlash.