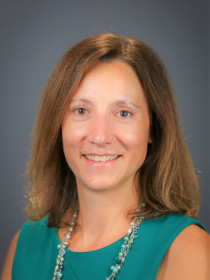 Elder's research focuses on issues of public opinion and representation in American politics with a particular focus on issues of gender, parenthood, and race.  Overarching themes in Elder's writings include women's continued underrepresentation in U.S. political institutions, the politics of parenthood and the family, and the public's perceptions of presidential candidate spouses and first spouses.  Elder serves on the the Executive Council of Pi Sigma Alpha, the National Political Science Honor Society, and has won multiple best chapter awards recognizing her work with students to design and deliver civic engagement programming.

Examines barrier-breaking figures across various types of elective offices and constituent groups. Discusses the moment in which historic firsts enter the electoral arena, and the unique campaigns that ensue, are shown to be symbolically empowering.

"Public Opinion and the Candidate Spouses in the 2020 Democratic Presidential Primary" (with Brian Frederick). The Forum (2022).

Draws on a unique nationally representative survey of 400 likely Democratic voters, asking them what they thought of the spouses of the top four presidential candidates in national polling as of the start of the calendar year 2020: Jill Biden, Chasten Buttigieg, Bruce Mann, and Jane Sanders.

Understands why, even though women are more liberal than men on a broad range of issues, when it comes to the increasingly prominent issue of marijuana legalization, the direction of the gender gap is reversed, with women more conservative than men.

"Why We Love Michelle: Understanding Public Support for First Lady Michelle Obama" (with Brian Frederick). Politics and Gender 15, no. 3 (2019).

Discusses how after eight years as the first lady of the United States, Michelle Obama left the White House beloved in the eyes of many Americans. Realizes that being well liked by Americans is not in and of itself an unusual phenomenon for first ladies. Finds what is remarkable about the love so many Americans expressed toward First Lady Michelle Obama is that she was able to maintain high favorable evaluations through a period of political, social, and electoral acrimony that made high approval ratings for national political figures increasingly unlikely.

"The Gender Gap on Public Opinion Towards Genetically Modified Foods" (with Mary Kate Lizotte). The Social Science Journal 55, no. 4 (2019): 500-509 .
Employs a 2014 Pew Research Center survey on science issues to test several possible explanations for the gender gap in attitudes towards GM foods rooted in the different life experiences of women and men. Shows that while being a parent predicts more skeptical views about genetically modified foods overall it does not explain the gender gap in attitudes.
"Perceptions of Candidate Spouses in the 2012 Presidential Election: The Role of Gender, Race, Religion, and Partisanship" (with Brian Frederick). Politics, Groups, and Identities 7, no. 1 (2017): 109-130.

Describes an archives-based assignment in an introduction to American government course created by the authors of this article—a professor of political science and the college archivist—that includes greater understanding of diversity and engaged citizenship as learning objectives.

"A Recipe for Madness: Parenthood in the Era of Covid-19" (with Steven Greene). Social Science Quarterly (2021).

Seeks to understand the economic, mental health, and political impacts on American parents in the era of Covid-19. Draws on survey data from a diverse national sample collected in September 2020 and employ multivariate analysis to explore how Covid-19 has uniquely affected the attitudes and life experiences of American parents. Finds that Covid-19 has been unusually burdensome for parents as they are more likely to have experienced negative physical and mental health outcomes and suffer more negative financial impacts.

The Politics of Parenthood: Causes and Consequences of the Politicization and Polarization of the American Family (with Steven Greene) (Suny Press, 2012).

Looks at the political impact of one of life’s most challenging adult experiences—having and raising children. Uses a comprehensive array of both quantitative and qualitative analyses, Elder and Greene systematically reveal for the first time how the very personal act of raising a family is also a politically defining experience, one that shapes the political attitudes of Americans on a range of important policy issues.  Documents how political parties, presidential candidates, and the news media have politicized parenthood and the family over not just one election year, but the last several decades.

Draws on 2017 Pew Research Center data to explore the ways gender, parenthood, and race intersect to shape attitudes on gun policy in the post-Sandy Hook era when gun violence has become prominently linked with schools and children, and during a time when the Black Lives Matter movement has drawn national attention to the relationship of gun violence and racial inequality. Finds that contemporary depictions of mothers as a distinctively pro-gun control constituency are largely inaccurate.

Examines why this disparity in women’s representation exists, and why it’s only going to get worse. Draws on interviews with female office-holders, candidates, and committee members. Takes a look at what it is like to be a woman in each party.

Explores the meaning of the labels feminist today, feminist in previous generations and "anti-feminist.by looking at what feminists and anti-feminists believe in terms of public policy and attitudes about gender equality. Provides insights into the state of modern feminism and antifeminism in contemporary American politics.