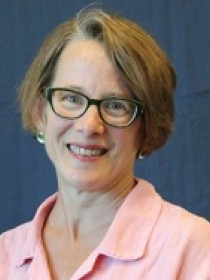 Disch’s research focuses on citizen participation, equal representation, and the prospects for popular mobilization around majority interests in an era when growing wealth disparities translate into political inequality. She has explored the constraints that two-party politics in the U.S. puts on democratic representation, and critically examined the truism that “a third political party vote is a wasted vote.” This work grew out of her civic involvement in the early to mid-1990s with the New Party, an alternative party with branches in Minnesota, Wisconsin, and New York. Her current research explores how representative the U.S. system is of the many different groups that make up this society, and how its different features help some groups mobilize and be politically influential, while marginalizing others

Why Does U.S. Politics Tilt toward the Wealthy?

"Democratic Representation and the Constituency Paradox" Perspectives on Politics 10, no. 3 (September 2012): 599-616.
Examines the problem of unequal representation in the U.S. Argues that it goes much deeper than greater responsiveness to wealthy interests. It is unequal representation results from aspects of our political system that foster the expression of wealthy interests, while diminishing effective political action by those Americans who want inequality to be reduced.
"The Tea Party: A ‘White Citizenship’ Movement?" in Steep: The Precipitous Rise of the Tea Party, edited by Lawrence Rosenthal and Christine Trost (University of California Press, 2012), 133-151.
Argues that the Tea Party movement is sparked, in part, by the threat its supporters perceive to their share in the programs of the liberal welfare state. Tea Party politics is conservative but its supporters have inherited significant material interests and even aspects of their rhetoric from New Deal liberalism. This makes the Tea Party what political theorist Joel Olson has called a “white citizenship” movement: action in defense of material benefits that confer special standing based on race in a polity that aims to be colorblind.
"Toward a Mobilization Conception of Democratic Representation" American Political Science Review 10, no. 1 (2011): 100-114.
Examines the discrepancy between commonsense notions about how representative democracy is supposed to work, and how it works in practice. Finds that much of democratic representation happens in reverse: whereas representatives are expected to respond to the demands and act on behalf of the interests of their constituents, it turns out that constituent demands and interests are shaped in response to messages from their representatives and in reaction to the policies they enact.
"Tea Party Movement: The American ‘Precariat’?" Representation 47, no. 2 (2011): 123-135.
Compares the Tea Party movement in the U.S. with the European ‘precarity’ movement. Finds that although the goals of these two movements are quite different, they are similar in that neither has a constituency in the sense of a social group that can be said to give rise to its politics.
The Tyranny of the Two Party System (Columbia University Press, 2002).
Establishes that the two-party system it is not an original, immutable feature of U.S. democracy, but was put into place by means of ballot access laws, campaign finance rules, and voter registration restrictions to insulate the two dominant parties from competition. Refutes the claim that a vote for a third political party is necessarily a vote wasted, and argues that the two-party system has closed off an institutional pathway for organized dissent, suppressed political participation, and diminished the value of the vote.