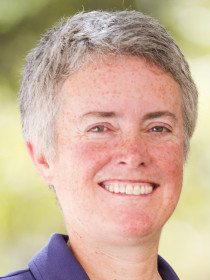 Badgett is a labor economist and policy analyst focusing on issues related to lesbian, gay, bisexual, and transgender people. She was the first economist to debunk the myth that gay people are an affluent elite. Her current research focuses on poverty in the LGBT community, employment discrimination against LGBT people, and the cost of homophobia and transphobia in global economies. She was an expert witness in many marriage equality cases, including the Prop 8 case in California, and she has testified before Congress and several state legislatures. Badgett directed the School of Public Policy at UMass Amherst and was the first research director at UCLA’s Williams Institute, where she is a senior scholar. She has served as a consultant to the World Bank and UNDP, and she has spoken before many international audiences on the economic cost of LGBT exclusion and on marriage equality.

"The Relationship between LGBT Inclusion and Economic Development: An Analysis of Emerging Economies," (with Sheila Nezhad, Kees Waaldijk, and Yana Rodgers), USAID and Williams Institute, 2014.

Shows that countries with laws that support LGBT equality tend to have higher GDP per capita than less supportive countries.

"The Economic Cost of Stigma and the Exclusion of LGBT People: A Case Study of India," World Bank Group, 2014.

Presents a method to calculate the economic impact of employment discrimination and health disparities for LGBT people on the Indian economy.

"New Patterns of Poverty in the Lesbian, Gay, and Bisexual Community," (with Laura Durso and Alyssa Schneebaum), Williams Institute, 2013.