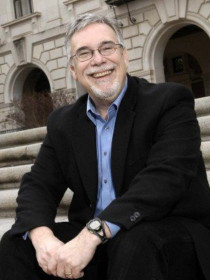 Professor of Sociology, Centennial Commission Professor in the Liberal Arts, and Director of the Population Health Initiative, University of Texas at Austin
Areas of Expertise:

Hayward’s primary research addresses how life course exposures and events influence the morbidity and mortality experiences of the adult population. Most recently, he has been investigating the fundamental inequalities in adult mortality in the United States arising from educational experience, differences in these associations by race and gender, and the growing educational inequality in mortality.

Hayward is the chair-elect of the Sociology of Population section of the ASA, a member of the Committee on Population, National Academy of Sciences, and has served on a number of advisory boards of national studies of population health, the Population Association of America, the Society of Biodemography ad Social Biology, and others. He has a long-standing interest in enhancing the measurement and collection of population health data, particularly longitudinal data, and has served as the president of the Southern Demographic Association, chair of the Aging and Life Course section of the American Sociological Association, among other appointments.

How Do U.S. States Influence the Health and Longevity of Their Residents?

Assesses whether the education of adult offspring is associated with changes to older parents’ short- and long-term health in Mexico, a rapidly aging context with historically limited institutional support for the elderly. Findings underscore the importance of socio-ecological influences on disability.

Systematically examines the large inequalities in women's mortality between U.S. states using a multilevel approach, focusing on “fundamental” social determinants of mortality at the individual and state levels as potential explanations.

"Life Course Pathways to Racial Disparities in Cognitive Impairment among Older Americans" (with Yan-Lian Yu and Zhenmei Zhang). Journal of Health and Social Behavior 57, no. 2 (2016): 184-199.

"A Comparison of Educational Differences on Physical Health, Mortality, and Healthy Life Expectancy in Japan and the United States" (with Chi-Tsun Chiu and Yasuhiko Saito). Journal of Aging and Health (2016): 1256-1278.

Shows that education coefficients from physical health and mortality models are similar for both japan and American Populations, and older Japanese have better mortality and health profiles.

"Trends and Group Differences in the Association between Educational Attainment and U.S. Adult Mortality: Implications for Understanding Education’s Causal Influence" (with Robert A. Hummer and Isaac Sasson). Social Science & Medicine 128 (2015): 8-18.

This paper examines the change role of educational attainment in altering life chances. While less educated Americans are facing growing mortality risks, highly educated Americans are experiencing unprecedented improvements in mortality. Why this is so is discussed in this paper, with an emphasis on societal and policy changes that make education an increasingly valuable resource to garner health advantages.

This paper demonstrates that longer life does not always mean better health.  In the case of Hispanic Americans, the foreign-born are beset by disability rates that result in almost a third of life expectancy at older ages spent being disabled.  White Americans enjoy a much more compressed period of disability.  Black Americans are beset both by a drastically shorter life expectancy and an extended period spent disabled. Mortality and morbidity combine in sometimes unusual ways to influence the lifetime burden of disease.