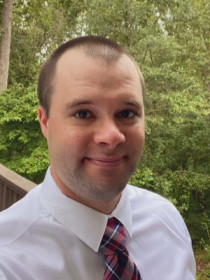 Placek's research generally focuses on democratic transitions and the politics of non-democratic countries. Placek is substantively interested in the effect of the internet and social media on public opinion and behavior in new democracies and non-democratic regimes. Placek's research examines these areas in Central and Eastern Europe and Post-Soviet Eurasia, but Placek has also conducted research in other regions with co-authors.

"Can the Internet Aid Democratic Consolidation? Online News and Legitimacy in Central and Eastern Europe" International Journal of Communication 12 (2018).

"Social Media and Regime Support in Russia: Does It Matter Which Website Is Used?" Journal East European Politics (2019).

Elaborates on how Russian social media users have less trust in institutions and political actors, but more satisfaction with the economy and the level of democracy in Russia. Discusses how furtehr Russian Twitter and Facebook users are more critical of key actors and their handling of democracy.

"Learning Democracy Digitally? The Internet and Knowledge of Democracy in Nondemocracies" Democratization (2020).

"Democracy: Social Media Use and Democratic Legitimacy in Central and Eastern Europe" Democratization 24, no. 4 (2016).