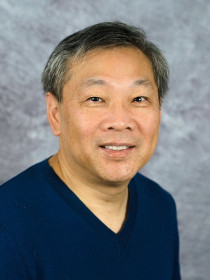 Chinn's research focuses on an analysis of international linkages between interest and exchange rates, and effects of macroeconomic and regulatory policies on international capital flows as well as policy analyses related to domestic macroeconomic policies. His nonacademic research involves assessment of budgetary, tax, and regulatory policies on short to medium term growth at state and national levels.

Chinn has served as a senior staff economist on the Council of Economic Advisors (2000-2001), an IMF consultant on World Economic Outlook, a Congressional Budget Office National Fellow (2005), on the Congressional Budget Office Panel of Economic Advisers (2011-2012), a Federal Reserve Board visiting scholar, at the European Central Bank and the Banque de France, and as a Wim Duisenberg Fellow.

Argues for a higher inflation target as a means of accelerating the recovery.

Surveys the recent assessments of the impact of government spending on short run growth during times of economic slack.