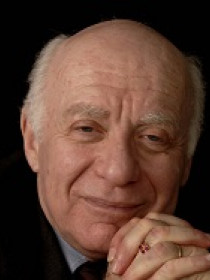 Brenner is Professor Emeritus of International Affairs at the University of Pittsburgh and Senior Research Associate at the University of Texas Energy Institute who has published and taught widely across the field of American foreign policy and global affairs. His current interests are focused on the United States’ engagements in the Islamic world. He was the Director of the International Relations & Global Studies Program at the University of Texas until 2012. Brenner is the author of numerous books, and over 70 articles and published papers on a wide range of topics. He has directed multinational research projects with colleagues in France, England, Germany and Italy supported by grants from the Ford Foundation, NATO and the Commission of the European Union. Brenner is an invited lecturer at major universities and institutes in the United States and abroad, including Georgetown University, UCLA, the National Defense University, the State Department, Sorbonne, Ecole des Sciences Politiques, Royal Institute of International Affairs, International Institute of Strategic Studies (London), King’s College of the University of London, German Council on Foreign Relations, Konrad Adenauer Foundation, and Universita di Firenze. Brenner has held previous teaching and research appointments at Cornell; Stanford; Harvard; MIT; Brookings Institution; University of California, San Diego; University of California, Berkeley; and Distinguished Visiting Fellow at the National Defense University.

How to Untie the Gordian Knots in Iraq

"Narcissistic Public Personalities and Our Times," Duasa Foundation, 2009.
Presents a study in applied political psychology which endeavors to comprehend how and why narcissists have been able to reach the summits of public power and, even more important, how behaviors associated with narcissism have become pervasive in our public life.
"The Geo-Politics of Energy," University of Texas at Austin’s Energy Institute, June 30, 2013.
Explores the foreign policy and energy policy issues that arise from the intersection of energy’s political geography and other international concerns of a security and political nature.
Democracy Promotion and Islam (Ridgway Center for Security Studies, 2009).
Takes a hard look at the efficacy of strategies designed to promote liberal political values in Islamic societies.
"Fear and Dread in the Middle East" Strategic Insights 7, no. 3 (2008).
Analyzes western threat perceptions regarding the Middle East. Taking fear as the hallmark of interstate relations, Brenner discusses the existence of multiple threats: tangible/intangible, direct/indirect, state based or not that all generate diffuse feelings of vulnerability in the region.
"Toward a More Independent Europe," Egmont Paper 12, The Royal Institute for International Relations, February 28, 2007.
Discusses Europe’s fractious identity in the aftermath of twentieth-century wars and economic upheaval, and argues that the continent is stunted by its undue dependency on the United States.