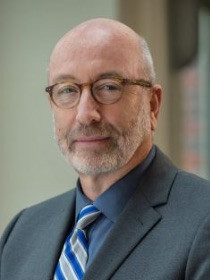 Klein's research focuses on international macroeconomics, which covers topics like international trade, exchange rates, unemployment, government budget policies, monetary policies, and international economic relations among countries. He has also worked on the link between labor markets and international factors like exchange rates and exporting.  Klein served as Chief Economist in the Office of International Affairs in the U.S. Treasury from June 2010 through December 2011. He has also been a visiting scholar at the Board of Governors of the Federal Reserve, the Federal Reserve Banks of Boston, New York, Dallas and San Francisco, the Bank of England, and the International Monetary Fund. He currently is a Research Associate of the National Bureau of the National Bureau of Economic Research and the Founder, Executive Editor, and Research Director of the website Econofact.

"Rounding the Corners of the Policy Trilemma: Sources of Monetary Autonomy" (with Jay C. Shambaugh). American Economic Journal: Macroeconomics 7, no. 4 (2015): 33-66.

Shows that German exporting industries pay higher wages than firms that do not export, a result that has also been found in other countries.

"Job Creation, Job Destruction, and the Real Exchange Rate" (with Scott Schuh and Robert Triest). Journal of International Economics 59, no. 2 (2003).

Proposes a way to consider differences across types of policies that attempt to limit international trade assets.