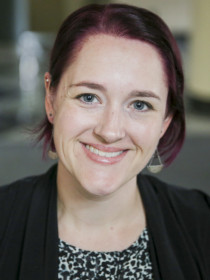 Phelps' research focuses on criminal justice policies, practices, and institutions in the United States over the past half-century. Across projects on penal change, probation, and policing, this work provides new theoretical tools and empirical findings to reshape the way we understand punishment.

Overarching themes in Phelps' writings include the long and complex story of how the United States developed mass incarceration. A second theme in her work is the massive expansion of probation, a form of community supervision wherein adults convicted of misdemeanor and felony-level criminal offenses serve their time in home communities under the supervision of a probation officer. This expansion of "mass probation" since the 1980s rapidly expanded the population under criminal justice control in states across the United States, creating a pathway to prison that was especially disastrous for young black men. A final theme in Phelps' ongoing research is the contestation over police reform. Since the eruption of the #BlackLivesMatter Movement in 2014, police violence has become a central public concern. Her research on the subject investigates how different social actors understand the "problem" in policing and how they work to enact that vision of policy reform.

Phelps' current policy work is mostly organized through the Robina Institute of Criminal Law and Criminal Justice at the University of Minnesota Law School, where she is on various advisory boards and serves as Co-Principal Investigator for a research project on community supervision and health.

Reviews recent trends towards declining prison populations in some states and other criminal justice reform and critiques, existing explanations for these trends. Argues that, although the conservative Right on Crime movement has claimed much of the credit for reform, recent policy shifts would not have been possible without the long struggle of progressive and moderate actors throughout the past four decades to challenge the punitive status quo.

Develops and empirically tests an account of the relationship between probation and imprisonment rates, using Bureau of Justice data from 1980-2010. Argues that probation can serve as either a net-widener or as a prison alternative, depending on state and local-level policies and their implementation.

"Ending Mass Probation: Sentencing, Supervision, and Revocation" The Future of Children 28, no. 1 (2018).

Reviews three aspects of probation supervision—who is sentenced to probation, what they experience, and when and why probation is revoked (i.e. when probationers are sent of jailor prison for violating the terms of supervision). Presents policy recommendations for each of these three stages that could reduce the harms of mass probation.

Defines the term "mass probation" and examines state-level variation in the expansion of probation and imprisonment rates across the United States from 1980-2010.

Systematically debunks the pendulum perspective of the history of criminal justice in the United States, showing that it distorts how and why criminal justice changes. Shows how the pendulum model binds us to the blending of penal orientations, policies, and practices, as well as the struggle between actors that shapes laws, institutions, and how we think about crime, punishment, and related issues.