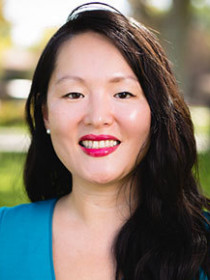 Sheds light on the representation of Asian Americans and Pacific Islanders (AAPIs) on television. Examines broadcast, cable, and digital platform television shows in the 2015-2016 season to measure the number of AAPI series regulars and how they fare in settings, screen time, relationships, stereotypes, and storylines.

Examines the structural barriers minority actors face in Hollywood, while shedding light on how they survive in a racist industry. Charts how white male gatekeepers dominate Hollywood, breeding a culture of ethnocentric storytelling and casting. Interviews nearly a hundred working actors and draws on published interviews with celebrities, such as Viola Davis, Chris Rock, Gina Rodriguez, Oscar Isaac, Lucy Liu, and Ken Jeong, to explore how racial stereotypes categorize and constrain actors.