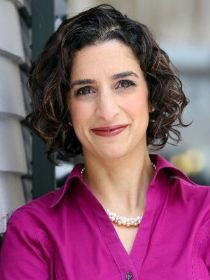 Warikoo is an expert on the relationships between education, racial and ethnic diversity, and cultural processes in schools and universities. Her most recent book, The Diversity Bargain: And Other Dilemmas of Race, Admissions, and Meritocracy at Elite Universities (University of Chicago Press, 2016), illuminates how undergraduates attending Ivy League universities and Oxford University conceptualize race and meritocracy. The book emphasizes the contradictions, moral conundrums, and tensions on campus related to affirmative action and diversity, and how these vary across racial and national lines. Warikoo teaches courses on racial inequality and the role of culture in K-12 and higher education. She serves as co-chair of the School Advisory Council of her children’s public elementary school in Cambridge, and has been actively involved in the political process in Cambridge. Prior to her academic career, Warikoo was a teacher in New York City’s public schools for four years, spent time working at the U.S. Department of Education, and served as a fellow with the Teachers Network Leadership Institute.

Episode 95:
Archive - Who is Affirmative Action for?

Episode 95:
Who is Affirmative Action For?

The Diversity Bargain: And Other Dilemmas of Race, Admissions, and Meritocracy at Elite Universities (University of Chicago Press, 2016).

Highlights the implications of affirmative action’s legal defense of “diversity” for undergraduate students’ understandings of race and fairness in college admissions. Demonstrates how elite universities shape their students’ conceptions of race and meritocracy. Compares Ivy League and Oxford students and students of different racial identities.

"Colorblindness and Diversity: Race Frames and Their Consequences for White Undergraduates at Elite US Universities" (with Janine de Novais). Ethnic and Racial Studies 38, no. 6 (2015): 860-876.

Analyzes the ways that white students at Ivy League universities think about race, and the implications of the color-blind, diversity, and power analysis perspectives for race relations on campus and student views of affirmative action.

"Beyond the Numbers: Institutional Influences on Experiences with Diversity on Elite College Campuses" (with Sherry Deckman). Sociological Forum 29, no. 4 (2014): 959-981.

"Legitimating Status: Perceptions of Meritocracy and Inequality among Undergraduates at an Elite British University" (with Christina Fuhr). British Education Research Journal 40, no. 4 (2014): 699-717.

Demonstrates how white students at Oxford University maintain the legitimacy of their status by ignoring the social inequality that leads to the lack of diversity—both by class and by race—on the Oxford campus. Discusses how students express deep faith in the supposedly meritocratic system of admissions, despite the significant underrepresentation of black and working class students on campus.

Presents an ethnography of two high schools, one in New York City and one in London, demonstrating that children of diverse family backgrounds attending low-performing urban schools struggle to meet two goals which sometimes come into conflict despite their best intentions: a desire for peer status, and a desire to do well in school. Shows that most children want to do well in school and care deeply about it, even while their behaviors may not reflect those desires, and provides more convincing explanations for behaviors that seem to belie their academic goals.