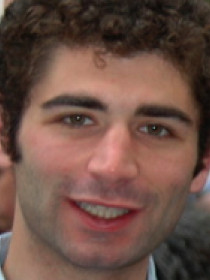 Loewentheil’s research has focused on three areas: urban policy, especially housing and transportation; environmental policy and politics; and more recently, broader areas of economic policy including manufacturing, innovation and infrastructure. He has pursued work in these areas through a variety of civic organizations. As a college student, he founded the Roosevelt Campus Network, a national organization that engages young people in progressive politics through public policy. He served as executive director of Roosevelt from 2007-2009. During those years and up through the current day he has sat on numerous nonprofit boards, including the College Democrats of America Alumni Assoication, the Elmseed Enterprise Fund and the New Leaders Council. He also joined various advisory boards including the Drum Major Institute and, more recently, PolicyMic.com.

The Past and Future Politics of U.S. Environmental Reforms

Building an Economy for All

"Of Stasis and Movement: Climate Legislation in the 111th Congress," Institution for Social and Policy Studies, December 31, 2012.
Examines the 2008-2010 campaign to pass climate legislation and provides key insights as to why the issue was dropped from consideration by the 111th Congress.
"Prosperity Economics," (with Jacob Hacker), Prosperity for America, August 2012.
Outlines a bold progressive agenda heading into the 2012 presidential campaign to rebuild the American middle class and put the economy on a path towards long-term, sustainable growth.
Thinking Big: Progressive Ideas for a New Era (Berrett-Koehler Publishers, 2009).
Collects essays from rising progressive voices (and includes contributions from the editor as well); covers policy prescriptions for the left that would promote opportunity, inclusivity and economic revitalization.
"The Renter Squeeze" (with Christian Weller). Review of Policy Research 22, no. 6 (2005).
Discusses the effects of the housing boom on the renter market.