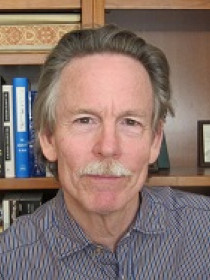 Bromell studies “public philosophy” – the ideas about democracy that Americans use in order to understand their democracy and their role as citizens. Bromell is especially concerned with helping to craft a “post-liberal” public philosophy that offers a compelling progressive alternative to the radical conservative public philosophy that has gained much ground since the demise of liberalism. Unlike most others who work in this area, he finds sources for a progressive alternative in the words and works of Americans of color – not just in such conventional places as the words of the Founders, Lincoln, Franklin Roosevelt, et al.

"Let’s Make the Confederate Flag a Hate Crime: It is the American Swastika and We Should Recoil from It in Horror," Nick Bromell, Salon, July 10, 2015.
"Acting on King’s Speech, Not Just Remembering It," Nick Bromell, Boston Globe, August 28, 2013.

"Democratic Indignation: Black American Thought and the Politics of Dignity" Political Theory 41, no. 2 (2013): 285-311.
Argues that a particular form of anger – “democratic indignation” – is indispensable to democracy.
The Time is Always Now: Black Thought and the Transformation of U.S. Democracy (Oxford University Press, 2013).
Breaks from the dualism that has defined many studies of black political thought as a perpetual struggle between nationalist and integrationist strands, and offers an alternative set of organizing concepts.
"Postwar Liberalism as a Usable Past? The Rewards and Risks of Historical Revisionism" American Quarterly 59, no. 1 (2007): 179-190.
Analyzes whether liberalism remains a viable public philosophy in the 21st century.
"Scooter and Me: Professing Liberal Doubt in an Age of Fundamentalist Fervor" The American Scholar 76, no. 1 (2007): 56-68.
Draws on the author’s friendship with Scooter Libby to probe what distinguishes liberals and progressives from conservatives.
"Show Them the Money: On Winning Equal Rights for Wealthy Americans" Harper’s Magazine 300, no. 180 (2000): 67-70.
Argues that wealthy Americans have a right to be wealthy through political satire.