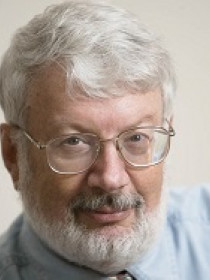 Dreier researches, writes, and teaches about urban policy and politics, housing policy, banking and the foreclosure crisis, community organizing, labor issues, electoral politics, and democratic social movements. He is on the board of the Los Angeles Alliance for a New Economy (a coalition of unions, community organizations, and faith groups) and the National Housing Institute (a policy think tank and publisher of Shelterforce magazine). He co-chairs the Cry Wolf Project, a nonprofit research network that identifies and exposes misleading rhetoric about the economy, regulation and government. He works closely with many unions, community organizing groups, and public interest organizations, as well as with a number of elected officials and government agencies. He served for eight years (1984-92) as senior policy advisor to Boston Mayor Ray Flynn and as director of housing for the Boston Redevelopment Authority.

Examines the major trends and problems shaping our cities and suburbs, explores a range of policy solutions to address them, and looks closely at the potential political coalitions needed to put the country's urban crises back on the national agenda.

"Underwater America – How the So-Called Housing Recovery is Bypassing Many Communities," (with Alex Schwartz, Saqib Bhatti, Robert Call, and Gregory Squires), Haas Institute, University of California, Berkeley, April 30, 2014.
Examines the geographical locations (ZIP codes, cities, and metro areas) with the highest proportion of “underwater” mortgages and looks at the causes and consequences of the dramatic decline in housing values and the misguided view that the so-called “recovery” will rescue the worst hot spots.
"Homeownership Policy" (with Alex Schwartz), in The Oxford Handbook of U.S. Social Policy, edited by Daniel Béland, Christopher Howard, and Kimberly Morgan (Oxford University Press, 2014).
Examines the various ways that local, state and federal government policy has supported the goal of homeownership and some of the issues that the emphasis on homeownership raises in light of the mortgage/foreclosure crisis.
Place Matters: Metropolitics for the 21st Century, 3rd Edition (with John Mollenkopf and Todd Swanstrom) (University Press of Kansas, 2014).
Analyzes of the causes and consequences of economic and racial segregation in the United States, including the political consequences, as well as two chapters outlining a policy agenda and political strategy for addresses the nation’s urban crisis. The book won the 2001 Michael Harrington Book Award from the American Political Science Association, for “outstanding book that demonstrates how scholarship can be used in the struggle for a better world.”
"Building a Movement for Fair Lending, Foreclosure Relief and Financial Reform" in From Foreclosure to Fair Lending Advocacy, Organizing, Occupy, and the Pursuit of Equitable Credit, edited by Chester Hartman and Gregory Squires (New Village Press, 2013).
Examines the grassroots movement that emerged to address the banking/mortgage crisis and to push for banking reforms at the local, state and federal levels.
The 100 Greatest Americans of the 20th Century: A Social Justice Hall of Fame (Nation Books, 2012).
Profiles liberal and progressive organizers and activists, thinkers and writers, and elected officials and judges who played key roles in the mayor progressive movements (labor, civil rights, feminism, environmentalism, civil liberties, anti-war, gay/lesbian rights, and others) of the 20th century.
"How ACORN Was Framed: Political Controversy and Media Agenda-Setting" (with Christopher Martin). Perspectives on Politics 8, no. 3 (September 2010): 761-792.

Explores how the conservative media echo-chamber, in combination with Republican Party officials and operatives, helped to destroy the community organizing group ACORN.

"Community Empowerment Strategies: The Limits and Potential of Community Organizing in Urban Neighborhoods" Cityscape: A Journal of Policy Development and Research 2, no. 2 (May 1996): 121-159.
Argues that the greatest obstacle to successful community organizing is the lack of training in leadership development and organization capacity building; the primary strategy recommended for overcoming this obstacle is to help community organizations take advantage of intermediary organizations and training centers.