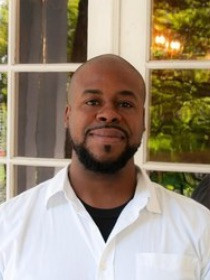 Block did his undergraduate training at Howard, received his Ph.D. from Ohio State, and specializes in the areas of racial, ethnic, and gender group politics, voting behavior, and public opinion. Overarching themes in Block's writings include group differences in civic involvement, the formation and mutability of social identity, campaigns and elections, and other topics. Block has published dozens of book chapters, manuscripts, and peer-reviewed journal articles and is co-author of Losing Power: Americans and Racial Polarization in Tennessee Politics, a forthcoming book in the University of Georgia Press. Block serves as co-chair of the public opinion and political participation section of the National Conference of Black Political Scientists, as an analyst for both the African American Research Collaborative and Latino Decisions, and as a faculty coach for the National Center for Faculty Development & Diversity.

The South Carolina Democratic Primary Will be Decided by Black Women

Analyzes the recent and rapid change in the Volunteer State from Democratic control of state politics to Republican control and the consequences of that shift for African American politicians and citizens. Examines the polarization in values, preferences, and voting behaviors between blacks and whites, contending that this racial divide is both one of the causes and one of the consequences of black Tennesseans' recent loss of political power.

"Fired Up, Ready to Go: The Impact of Age, Campaign Enthusiasm, and Civic Duty on African American Voting" (with Jonathan Collins). Political Behavior 42 (2020): 107-142.

Extends the “Barack Obama effect” literature to Michelle Obama--particularly, the idea that her political prominence can influence how voters perceive Black women in America. Finds that Michelle Obama’s status as a role model not only transmits the effect of her media prominence to voters’ racial attitudes, but also that the strength of role model status as a "mediating variable" differs according to race (and, to a lesser degree, gender).

"The Fragility of Racial Transcendence: An Analysis of Oprah Winfrey’s Endorsement of the Barack Obama 2008 Presidential Campaign" (with Harwood K. McClerking and Chryl N. Laird). American Politics Research 47, no. 2 (January 2019): 304-328.

Examines the degree to which Oprah’s perceived ability to “transcend race” changed markedly after she endorsed the then-Illinois-Senator Barack Obama. Discovers that the magnitude of Oprah Winfrey’s favorability and her “endorsement effect” varies by race and gender.

Explores the relationship between Black youths’ ability to critique the negative messages in rap music and the degree to which these African Americans are politically active. Discovers that heavy consumers of the music (i.e., the "rap connoisseurs") are best able to translate their critiques into political activism, which suggest that "rap wokeness" can be a political mobilizer.