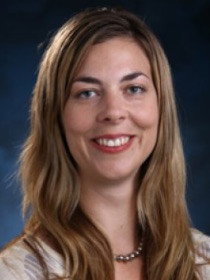 Sager has pursued an extensive research agenda on the intersection of religion, the non-profit sector, and public policy throughout her career. She started this work focusing on state level faith-based initiatives and has since expanded her research by examining the role of progressive religious non-profits in U.S. politics, as well as the role of religion in the non-profit sector in Los Angeles with the Center for Religion and Civic Culture at the University of Southern California. Her research has focused on the role of religion in political campaigns and she has been very involved in a variety of elections, including Tom Perriello’s run for congress in Virginia in 2008 and 2010 and in California’s Proposition 30 campaign to increase school funding. Sager also got to see up close how government works as a congressional fellow to Congressman Robert Scott (D-VA) in 2007. She worked with Congressman Scott on a number of issues including the federal budget, education policy, and church/state separation issues.

White Christian Nationalism and the Next Wave of Political Violence

Fierce Faith? The Renewal of Progressive Religious Activism in the United States (Oxford University Press, under review).
Presents an in-depth, on-the-ground examination of the renewed progressive religious movement. Recent data shows that progressive religious actors will soon outnumber conservatives because of the waning appeal of fundamentalist religion in the United States. Building on this potential, progressive faith-based politically active organizations have banded together hoping to unite mainline groups with younger evangelicals, African-Americans, and Latinos to significantly change public policy to reflect their values – highlighting issues such as poverty, immigration, and climate change.
"Long-Term and Indirect Social Movement Impacts: State-level Implementation, Institutionalization, and Diffusion of Faith-Based Initiatives" (with Keith Gunnar Bentele). Mobilization (under review).
Builds on previous faith-based initiative research to examine state faith-based policies from 2004 to 2009, using hierarchical linear modeling to examine how a state’s faith-based bureaucracy impacts the predicted trajectory of state legislative appropriations to faith-based organizations (FBOs). Our findings show that states rich in faith-based bureaucracy were more likely to pass appropriations bills directed at FBOs. This suggests that while initial policies were largely symbolic, these symbols were strong enough to alter political culture, institutionalizing the initiative, potentially enabling a redistribution of resources to FBOs.
"Breaking Down the Wall between Church and State: State Adoption of Religious Inclusion Legislation, 1995-2009" (with Keith Gunnar Bentele, Gary Adler Jr., and Sarah A. Soule). Journal of Church and State (2013).
Examines all state-level church/state laws passed between 1995 and 2009. We find that states are more likely to pass these laws when there is a strong connection between the state Republican Party and the conservative evangelical movement.
Faith, Politics, and Power: The Politics of Faith-Based Initiatives (Oxford University Press, 2010).
Offers the first and only complete examination of state implementation of faith-based policies. Data from this research shows that states pursue faith-based initiatives mostly through state employees who are conduits between the state and the faith-based community; further, much state activity in this arena should be understood as symbolic display rather than serious attempts to solve problems of poverty.