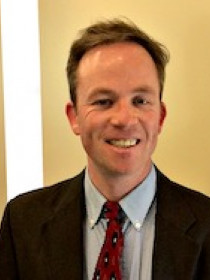 Boatright's research focuses on the effects of campaign and election laws on the behavior of politicians and interest groups, with a particular focus on primary elections and campaign finance laws and practices. He is a Professor of Political Science at Clark University and the Director of Research at the National Institute for Civil Discourse at the University of Arizona.

Congressional Primary Elections (Routledge, 2014).
Provides a history and analysis of congressional primary elections and offers a crucial part of courses on political parties and campaigns and elections; offers students the tools for understanding arguments for and against the reform of primary elections and for understanding the differences between types of primaries.
Every Picture Tells a Story: The 2010 Round of Congressional Redistricting in New England (edited with James R. Gomes) (Mosakowski Institute for Public Enterprise, 2014).
Examines the act and effects of redistricting in the six New England states – known to be heavily Democratic – to provide a comparative examination of state politics and political institutions.
Getting Primaried: The Changing Politics of Congressional Primary Challenges (University of Michigan Press, 2013).
Shows that primary challenges are not becoming more frequent; they wax and wane in accordance with partisan turnover in Congress. The recent rise of primarying corresponds to the rise of national fundraising bases and new types of partisan organizations supporting candidates around the country.
Interest Groups and Campaign Finance Reform in the United States and Canada (University of Michigan Press, 2011).
Provides a comparative analysis highlighting the role of institutions in shaping group activity, the extraordinary role of interest groups in American electoral politics, and the inherent difficulty in regulating group activity without stifling debate.
"Who are the Spatial Voting Violators?" Electoral Studies 27, no. 1 (2008): 116-125.
Uses the American National Election Studies’ seven-point ideological placements from 1972 through 2004 to distinguish between spatial voters and voters who are ideologically closer to one candidate yet vote for another candidate. For each of these cycles, between 9 and 15% of voters are spatial voting violators. These individuals demonstrate below-average levels of political knowledge, activism, and interest, yet considering the direction of the violation yields a mix of potential incentives for violations.
"Situating the New 527 Groups in Interest Group Theory" The Forum 5, no. 2 (2007).
Seeks to reconcile the activities of several of the groups organized during the 2004 election cycle under section 527 of the Internal Revenue Code with existing theories of party and interest group behavior. While 527 groups have frequently been categorized as extensions of traditional advocacy groups or party networks, Boatright argues that existing theories do not account for the functional differentiation between these groups.