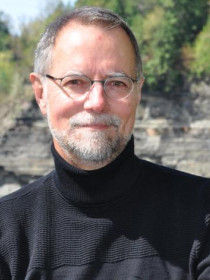 Frank’s research focuses on the causes and consequences of growing income inequality, and he writes a regular column for the New York Times. He earned a BS in mathematics from the Georgia Institute of Technology, and an MA in statistics and PhD in economics from the University of California at Berkeley. Frank’s 1995 book with Philip Cook was named a notable book by the New York Times. He served as a Peace Corp Volunteer in Nepal and as Chief Economist for the Civil Aeronautics Board. An award-winning teacher, Frank publishes widely for the educated public as well as in academic outlets.

Why the Rich Have an Interest in Paying Higher Taxes

The Darwin Economy (Princeton University Press, 2011).
Far from creating a perfect world, economic competition often encourages behaviors that harm the common good without lasting advantages to individuals. By taxing harmful behaviors, we can make the economic pie larger, eliminate government debt, and provide better public services without demanding painful sacrifices from anyone.
Falling Behind: How Rising Inequality Harms the Middle Class (University of California Press, 2007).
Shows how concentrations of wealth and income at the top have raised the cost of achieving many goals for the middle class, causing people to spend more despite stagnating incomes and carry record levels of debt.
"Progressive Consumption Taxation as a Remedy for the U.S. Savings Shortfall" The Economists’ Voice 2, no. 3 (2005): 178-190.
Argues that declines in the U.S. savings rate result in part from the pressures caused by escalating consumption standards. Rising inequalities of wealth and income make the situation worse. A progressive consumption tax can help to remedy the savings shortfall.
The Winner-Take-All Society (with Philip Cook) (The Free Press, 1995).
Argues that skyrocketing growth in earnings for the top one percent of Americans has been encouraged by the spread of winner-take-all-markets in fields ranging from sports and entertainment to law and finance.
"Does Studying Economics Inhibit Cooperation?" (with Thomas Gilovich and Dennis Regan). Journal of Economic Perspectives 7, no. 2 (1993): 159-171.
Reports research showing that exposure to economic theories stressing self-interest prompt people, including university students, to become more individualistic and less oriented to the common good.