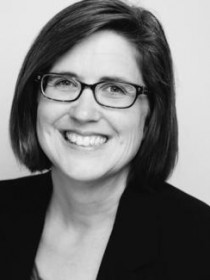 Clawson's research focuses on public opinion, mass media, and the politics of race, class, and gender. Overarching themes in Clawson's writings include the framing of issues involving race by the mainstream media and the black press, and the resulting effect on black and white public opinion. Clawson is particularly interested in how the media “race code” social welfare issues, including poverty, Social Security, and Medicare. Clawson is also interested in the ethical, legal, and social implications of technology. Clawson is the Interim Director of the Purdue Policy Research Institute and the President of Pi Sigma Alpha, the national political science honor society. Clawson is a founding co-editor of the journal, Politics, Groups, and Identities.

Why Questions about Automated Vehicles Must be Addressed Now

Examines framing effects among a particular type of domain experts, farmers. Finds evidence that environmental values interact with frames to influence farmers' interest in no‐till agriculture, especially when farmers are exposed to a novel frame.

Examines newspaper coverage of the US Supreme Court confirmation process to investigate whether Sonia Sotomayor received different coverage than other nominees due to her status as a minority woman. Finds Sotomayor was the only justice seated over the last three decades who received extensive attention to her race and gender, and her coverage was more negative than that received by other nominees.