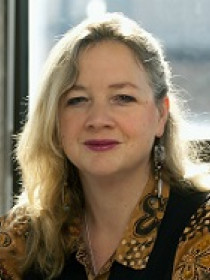 Weldon is scholar of public policy and social movements, and is especially expert in comparing policies and movements on women’s rights across countries. Areas of focus include violence against women, women’s work, and poverty. She also studies how to improve democratic systems of government by better including women, minorities, and poor people in democratic policymaking processes. Professor Weldon has worked extensively in Canada and the United States for local, state, federal and First Nations governments, and has been invited to lecture on gender equality issues in countries as diverse as Singapore, India, Iceland and Australia. She has also advised local and international organizations on women’s rights and anti-poverty advocacy, making presentations to local organizations such as the Young Women’s Christian Association (YWCA) and Democracy for America as well as international organizations such as the United Nations and the World Bank.

"The Civic Origins of Progressive Policy Change: Combating Violence against Women in Global Perspective" (with Mala Htun). American Political Science Review 106, no. 3 (August 2012).
Argues that policy changes that advance the status of marginalized social groups such as women are mainly driven by autonomous social movements. The paper examines women’s movements and policies on violence against women in seventy countries from 1975-2005.
When Protest Makes Policy: How Social Movements Represent Disadvantaged Groups (University of Michigan Press, 2011).
Argues that organizing autonomous movements in civil society is an important but overlooked mechanism of democratic representation. Public policy can foster such autonomous movements.
"Women’s Movements, Identity Politics and Policy Impact: A Study of Policies on Violence against Women in the 50 U.S. States" Political Research Quarterly 58, no. 1 (March 2006).
Examines the thesis that emphasizing specific social group identities (race, gender, sexuality) undermines solidarity and policy effectiveness. Compares women’s organizing strategies across the 50 states, and finds that separate organizing by women of color strengthens rather than weakens social movements and improves their ability to demand policy changes on violence against women.
"Inclusion, Solidarity and Social Movements: The Global Movement on Gender Violence" Perspectives on Politics 4, no. 1 (March 2006): 55-74.
Examines the development of solidarity in the global movement on gender violence. Offers a theory of how social movements can build solidarity in the context of diverse and conflicting interests.
"Beyond Bodies: Institutional Sources of Representation for Women" Journal of Politics 64, no. 4 (November 2002): 1153-1174.
Shows that women’s movements are more influential avenues of substantive representation than number or percent of women in government using a statistical analysis of policies on violence against women in 36 democratic countries. This article was later included in the 2010 release, Women, Gender and Politics, edited by Mona Lena Krook and Sarah Childs.
Protest, Policy and the Problem of Violence against Women: A Cross-National Comparison (University of Pittsburgh Press, 2002).
Analyzes policies on violence against women in 36 democratic countries using statistical analysis combined with case studies of Canada and Australia. Finds that women’s movements and women’s policy agencies interact to drive policy change in the most responsive governments.