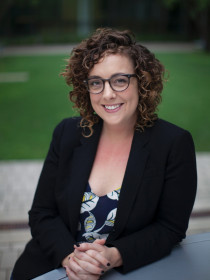 McGregor's research focuses on political communication, journalism, public opinion, and gender. Overarching themes in McGregor's research include the role of social media and their data in political processes. McGregor's published work examines how three groups – political actors, the press, and the public – use social media in regards to politics, how that social media use impacts their behavior, and how the policies and actions of social media companies in turn impacts political communication on their sites. McGregor uses diverse methodologies like surveys, experiments, and large-scale computational and network analysis, as well as qualitative methods like in-depth interviews, to understand political events in socially networked digital spaces.

Conservatives Say Google and Facebook are Censoring Them. Here’s the Real Background.

Episode 209:
Reporting from the Twittersphere

"The “Arbiters of What Our Voters See”: Facebook and Google’s Struggle with Policy, Process, and Enforcement around Political Advertising" (with Daniel Kreiss). Political Communication (2019).

Brings together leading scholars to shed light on how big data can inform political communication research.

"Twitter’s Influence on News Judgment: An Experiment Among Journalists" (with Logan Molyneux). Journalism (2018).

Indicates that the routinization of Twitter into news production affects news judgment. Finds journalists who said they spend a lot of time on Twitter and rely on it for their work ranked anonymous tweets as newsworthy or as more newsworthy than AP headlines.

Shows how Facebook, Google, and Twitter employees played an active role in shaping messaging and targeting in 2016 presidential campaigns, including embedding employees within the Trump campaign

Finds that people react positively to social media from politicians that highlight personal aspects of their life alongside policy. Finds this type of messaging can increase an individual's likelihood to vote for a particular candidate, but this impact is greater for male candidates than female candidates.