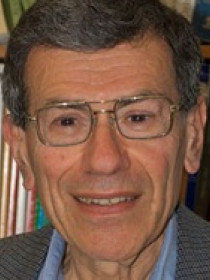 For the last several decades Goldman’s research has focused on the backgrounds of lower federal court judges and the politics of judicial selection and confirmation. The judges that have commanded his attention are lifetime appointees to the federal district courts and appeals courts of general jurisdiction (the eleven numbered circuits and the U. S. Court of Appeals for the District of Columbia). Federal courts and judges are significant shapers of public policy as they interpret and apply both statutory and particularly constitutional law. Political Science research, including Goldman’s own, has demonstrated that not only Supreme Court justices but also lower federal court judges help shape public policy in many significant areas of public law including racial and gender equality, the civil rights of gays including same sex marriage, privacy rights spanning a woman’s right to make medical decisions concerning her body including termination of pregnancy to protections from the excesses of the surveillance state, the scope of government regulation of the economy and providing for social and economic welfare. Goldman also teaches and has published in the area of constitutional law and civil liberties. His civic involvement is primarily indirect, and involves talking with the media and occasionally providing data to government officials including Supreme Court justices.

Obama's Judicial Appointments in a Time of Extraordinary Obstruction

Tracking Obstruction and Delay in U.S. Senate Confirmations of Judges to the Federal Courts

"Obama’s First Term Judiciary: Picking Judges in the Minefield of Obstructionism" (with Elliot Slotnick and Sara Schiavoni). Judicature 96, no. 4 (forthcoming).
Focuses in detail on the selection and confirmation processes of lower federal court judges during President Obama’s first term and documents the unprecedented levels of obstruction and delay as well as the unprecedented success, despite all the obstacles, of diversifying the federal bench.
"Obama and the Federal Judiciary: Great Expectations but Will He Have a Dickens of a Time Living up to Them?" The Forum 7, no. 1 (2009).
Predicts (correctly) the unprecedented diversification of the federal bench at the start of Obama’s first term, including the appointment of the first Hispanic to the Supreme Court, and hints at the partisan obstructionism that continues to plague the confirmation process.
"Judicial Confirmation Wars: Ideology and the Battle for the Federal Courts" University of Richmond Law Review 39, no. 3 (2005): 871-909.
Documents how the ideological views of judicial nominees play into the selection and confirmation processes.
"Assessing the Senate Judicial Confirmation Process: The Index of Obstruction and Delay" Judicature 86, no. 2 (2003): 251-258.
Introduces the Index of Confirmation and Delay and finds that the Index has climbed upward since the last two years of the Reagan presidency.
Picking Federal Judges: Lower Court Selection from Roosevelt through Reagan (Yale University Press, 1997, paperback 1999).
Documents judicial selection politics over nine presidencies and 55 years, including the struggle to diversify the federal bench; concludes that a president’s policy, political, or personal agendas are crucial in understanding selection.
"Voting Behavior on the U.S. Courts of Appeals Revisited" American Political Science Review 69, no. 6 (1975): 491-506.
Demonstrates, in a follow-up study of Goldman’s 1966 APSR article, that political party affiliation was the most potent background variable in explaining voting behavior on the appeals courts particularly in economic cases but also (excluding southern judges) in civil liberties decisions.