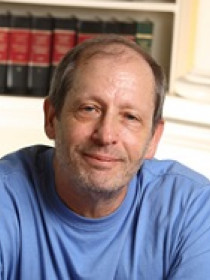 Milkis’s scholarship and teaching investigates the historical development of executive power, party politics, social movements and the relationship among these dimensions of American politics and government. He is especially interested in how the expansion of national administration has affected partisan politics and political participation. Because his work tends to focus on big issues and he writes accessibly, he has been asked to do many media events and give many public lectures. He also was an expert witness in the McCain Feingold campaign finance case, which ultimately was resolved by the Supreme Court.

Are "Organizing for Obama" and Successor Mobilization Efforts Building a Robust Progressive Movement?

"The Presidency and American Political Development: The Advent – And Illusion of an Executive Centered Democracy" in The Oxford Handbook of American Political Development, edited by Robert Lieberman, Suzanne Mettler, and Richard Valelly (Oxford University Press, forthcoming).
Explores how an historical approach to the study of the presidency sheds light on how presidents have influenced the rise and fall of political orders in American history; how presidential power has been affected by the emergence of “big government” during the first six decades of the twentieth century and the rancorous political contest over its authority that has ensued since; and how the establishment of a presidency-centered democracy forged on the New Deal political order has affected representative constitutional government.
"‘Rallying Force’: The Modern Presidency, Social Movements, and the Transformation of American Politics" (with Daniel Tichenor and Laura Blessing). Presidential Studies Quarterly (September 2013).
Analyzes the important but tense relationship between the modern presidency and social movements. Focusing especially on Lyndon Johnson's uneasy but critical relationship to the Civil Rights movement and Ronald Reagan's enlistment of the Christian Right into the Republican Party, we trace the emergence of a novel form of politics since the 1960s that joins executive prerogative, grass roots insurgency, and party polarization.
"What Happened to Post-Partisanship? Barack Obama and the New American Party System" (with Jesse Rhodes and Emily Charnock). Perspectives on Politics 10, no. 1 (March 2012).
Examines the responsibilities Obama has faced in assuming the received tasks of modern presidential leadership and a polarized political system.
"The Politics of the Policymaking State" in Living Legislation: Political Development and Contemporary American Politics, edited by Jeffery Jenkins and Eric Patashnik (University of Chicago Press, 2012).
Explores how constitutional boundaries have been expanded by the growth of federal programs since the New Deal and examines the effect of a “policy-making state” on the rule of law, self-government, and equality.
"How Great was the Great Society?" in A Companion to Lyndon B. Johnson, edited by Mitchell B. Lerner (Wiley-Blackwell, 2012).
Reviews the work of historians and political scientists in a synthetic treatment of the Sixties to reconsider the Great Society as a major stage in American political development – and concludes that the rise and fall of Lyndon Johnson’s War on Poverty sheds considerable light on the inequality that plagues contemporary American politics.
The American Presidency: Origins and Development, 1776-2011, 6th Edition (with Michael Nelson) (Congressional Quarterly Press, 2011).
Discusses important aspects in the history and development of the office and role of the president in America. Winner of the 1991 Benjamin Franklin Award for history, politics, and philosophy.
Theodore Roosevelt, the Progressive Party and the Transformation of American Democracy (Kansas University Press, 2009, paperback 2011).
Explores progressivism’s historical roots, made even more relevant by the renewal of progressivism signaled by the election of Barack Obama and the sharp partisan conflict over his domestic reform program. Named a Progressive Book of the Month and was the subject of public lectures at several think tanks, including the Center for American Progress, the American Enterprise Institute and the Hudson Institute.