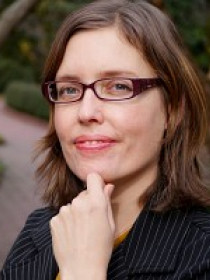 Bjork-James has over ten years of experience researching both the US based Religious Right and the white nationalist movements. Bjork-James is finalizing a book manuscript on race and evangelical politics in the United States and is beginning a new project on anti-racist responses to the white nationalist movement. Bjork-James work has appeared in American Anthropologist, Oxford Bibliographies, Sex Roles: A Journal of Research, and The Ethnic Studies Review. Bjork-Jamesis co-editor of the book, Beyond Populism: Angry Politics and the Twilight of Neoliberalism (University of West Virginia Press, 2002). Bjork-James has appeared on the NBC Nightly News, NPR’s All Things Considered, and BBC Radio 4’s Today.

We Crushed the Curve, the Far-Right Took This as a Recruitment Tool

Explores the relevance of the ethnographic study of the Internet for feminist scholars interested in families.

Examines the new destructive projects of resentment that have surfaced in the political spaces opened by neoliberalism’s failures, particularly since the financial collapse of 2008. Contextualizes the recent history of the Global North.

Examines how US evangelical opposition to LGBT rights stems from a unique understanding of sexuality and the person.