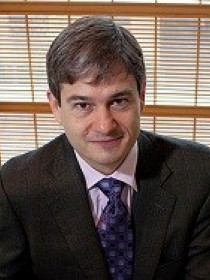 Ansolabehere’s areas of expertise include elections, public opinion, media, and representation. He runs a large survey consortium, called the Cooperative Congressional Election Study, which conducts large-scale national sample surveys every year (since 2005). He also runs the Harvard Election Data Archive, an archive of precinct-level election data, merged into Census and geographic information systems. His research has focused on explanations of individual’s voting behavior in presidential and congressional elections, on the factors that determine and predict election results (especially the role of incumbency), on election administration (including registration, voting technology, and redistricting), on media and money in elections, on political advertising, and on public attitudes about energy and the environment. His research on representation concerns how people see their representatives and when and how people hold their elected representatives accountable for policy decisions and roll call votes. Ansolabehere is a consultant to the CBS Election Night Decision Desk. He has testified before Congress on matters concerning election administration, and has served as an expert witness in cases involving Redistricting and Voter Identification in 2011, 2012, and 2013.

Cheap and Clean: How Americans Think about Energy in the Age of Global Warming (with David M. Konisky) (MIT Press, 2014).
Examines Americans’ attitudes toward energy sources and energy policy, using ten years of original public opinion surveys. The book demonstrates that the U.S. public wants the country to rely less on fossil fuels and more on renewable technologies, and that these preferences are driven primarily by their perceptions of the economic costs and environmental harms – especially local environmental harms – of energy sources.
"The American Public’s Energy Choice" (with David M. Konisky). Daedalus 141, no. 2 (2012): 61-71.
Suggests that a politically palatable way to reduce greenhouse gas emissions is through regulation of traditional pollutants associated with fossil fuels, rather than a wholly new carbon policy.
"Arizona Free Enterprise v. Bennett and the Problem of Campaign Finance" The Supreme Court Review 2011, no. 1 (2011): 39-79.
Discusses the entanglement of First Amendment rights and campaign spending, as brought to light by Republican activists in Arizona in their challenge to a state campaign finance law that allowed for the providence of matching funds to candidates who accepted public financing.
The End of Inequality: One Person, One Vote and the Transformation of American Politics (with James Snyder) (Norton, 2008).
Details the history of “one person, one vote” in American political theory and politics, and tells the story of the people – presidents, legislators, judges, lawyers, and ordinary citizens – who fought the battles to define this fundamental feature of American democracy.
"Purple America" (with James Snyder and Jonathan Rodden). Journal of Economic Perspectives 20 (2006): 97-118.
Draws on three decades of survey research to examine how the electorate divides along economic and moral issues. While showing that moral values are not irrelevant, the survey data roundly reject the basic claims of the “culture war” thesis: that America is divided by the struggle over issues such as abortion, gay marriage and school prayer.
"Why is There So Little Money in U. S. Politics?" (with James Snyder). Journal of Economic Perspectives 17, no. 1 (2003): 105-130.
Gives an overview of the sources and amounts of campaign contributions in the U.S. and explores the assumption that the amount of money in U.S. campaigns mainly reflects political investment.
Going Negative: How Political Advertising Shrinks and Polarizes the American Electorate (with Shanto Iyengar) (Free Press, 1996).
Demonstrates how attack advertisements win elections – and how, as independent voters are driven away by all this negativity, the voting public is increasingly reduced to partisan extremes.