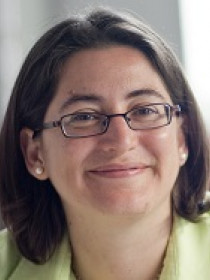 Abu El-Haj’s principal interest is the American political process, including the ways it is structured by law in its various forms. She has written extensively about the right of peaceable assembly, historically and in relation to both the Occupy movement and Black Lives Matter. Her current work considers the implications for lawyers of empirical research on how civic associations and political parties foster responsive governance. With a background in the sociology of law, she is particularly attentive to the role of statutory reform and constitutional doctrine in increasing the democratic accountability of political institutions through informed political participation.

Why Strengthening Citizen Ties —Not Unleashing Big Donors— is the Way to Revitalize U.S. Political Parties

Argues that the Supreme Court's political party jurisprudence is predicated on a set of theoretical assumptions that do not hold true in the real world of contemporary American politics. Maintains that an alternative path to democratic responsiveness emerges when one focuses on the associational qualities of partisan networks. Concludes by identifying opportunities within existing First Amendment doctrine for fostering partisan networks more capable of producing democratic responsiveness and accountability.

Argues that the First Amendment tradition poses a formidable barrier to curtailing the influence of moneyed interests and thus legal reformers must begin to explore ways law might encourage civic reorganization with the aim of fostering an organized, informed and representative electorate.

Demonstrates that the pervasive role of law in structuring the practices of democratic politics – from advance regulation of public assemblies to detailed rules governing elections – is the product of a particular period of American history in order to challenge core assumptions driving the work of contemporary scholars who write about the law of the American political process.

Uses the experiences of Black Lives Matter to criticize judicial interpretations of the right of assembly that leave protestors feeling unprotected and lower courts confused about how much disruption officials are constitutionally required to tolerate.

Demonstrates the inadvertent narrowing of the constitutional right of assembly by showing that through the late nineteenth century officials could only constitutionally interfere with gatherings that actually disturbed the public peace, whereas today the state is permitted to regulate all public assemblies, including those that are both peaceful and not inconvenient, before they occur, through permit requirements.

Compares the experiences of the Occupy movement with the experiences of ethnic, religious, and labor assemblies in the late nineteenth century in order to explore the democratic value of tolerating the disruption associated with outdoor gatherings.