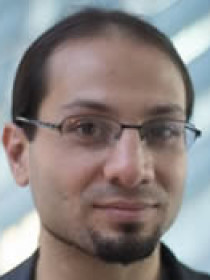 A Letter to Aspiring (Male) Feminists

Tal Peretz quoted on pedestal effects referring to when men receive undeserved praise, attention and rewards for performing work traditionally done by women, such as carrying a baby in a wrap by Tal Peretz, "I Didn’t Understand Male Privilege Until I Became a Stay-at-Home Dad" The Washington Post, March 26, 2018.
Tal Peretz quoted on more men getting involved in the feminist and women’s rights movements, and the learning curve for them being really steep by Monica Corcoran Harel, "Faux’ Male Feminists Draw Ire in Hollywood" The New York Times, September 30, 2017.
Tal Peretz quoted on women should not be held responsible for alcohol abuse during sexual assault by men, when men should be held accountable by Alanna Vagianos, "How Not to Talk About Sexual Assault and Alcohol, Courtesy of Stanford" Huffpost, August 26, 2016.
Tal Peretz quoted on educating children early regarding sexual consent by Laura Geggel, "The Science of Preventing Sexual Assaults on College Campuses" Live Science, July 5, 2016.

"Seeing the Invisible Knapsack: Feminist Men’s Strategic Responses to the Continuation of Male Privilege in Feminist Spaces" Men and Masculinities 23, no. 3 (2018): 447-475.

Investigates the complex ways some men do see, understand, and critique male privilege, as well as the ambivalent feelings and strategic decisions of both the men and women in response to the continuation of male privilege in feminist spaces

Develops a model for theorizing about intersectionality, space and place, social movements and activism, and contemporary feminism, as well as contributing to knowledge about activism in the understudied context of the Southern city.

Discusses men's relationships to gender-based violence (GBV) which have long been an area of sociological inquiry, but until recently men have primarily been framed as perpetrators of violence against women. Describes recent research on men and GBV and how it  has broadened to include studying men as victims/survivors, as investigators and law enforcement officers, as passive or active bystanders, and as allies in working to address this social problem.

Explains that the Men's Story Project, a public personal narrative-sharing social change programme, is effective at producing audience reflection and behavioral change. Discusses how specifically, audience members who participated in focus groups reported more diverse understandings of masculinity, more critical understandings of the connections between masculinity and other identities, and less enforcement of rigid gender norms.

"Impacts of Men’s Gender-transformative Personal Narratives: A Qualitative Evaluati" (with Jocelyn Lehrer). Men and Masculinities 23, no. 1 (2018).

"Seeing the Invisible Knapsack: Feminist Men’s Strategic Responses to the Continuation of Male Privilege in Feminist Spaces" Men and Masculinities 23 (2018): 3-4.

Substantiates men who engage in feminist activism sometimes become aware of their own male privilege in the process; specifically, they find they receive excess and undue praise, gratitude, attention, and promotion relative to women.

Outlines how men's anti-sexist organizations often fall short of inclusivity in their work, failing to engage men across a variety of intersecting identities. Identifies these shortcomings sometimes lead to the reactionary formation of offshoot groups targeting specific identities; Muslim Men Against Domestic Violence and the Sweet Tea Southern Queer Men's Collective are investigated as illustrative examples.