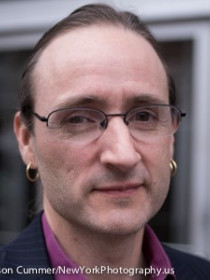 The Most Activist Supreme Court in History: The Road to Modern Judicial Conservatism (University of Chicago Press, 2004).

Examines contemporary European legal responses to homophobic and Islamophobic speech to illustrate the difficulty of regulating hateful speech directed at relatively powerless minorities without constantly extending such regulations to protect additional such groups.

Examines the use of litigation strategies, on the left and the right, to influence policy regarding abortion, affirmative action, gay rights, and gun rights during the Clinton, Bush, and Obama eras. Assesses the impact of endemic patterns of litigation on the polarization of U.S. courts.

Reassesses the then-widespread scholarly claim that the courtroom victories of LGBT rights advocates had invariably provoked a counterproductive political backlash.

Examines three competing accounts of Supreme Court decision-making by comparing the enacting and invalidating coalitions for each of the fifty-three federal statutes struck down from 1981-2005. Finds that institutional divides between judges and legislators explain more such cases than do policy or partisan divisions between liberal Democrats and conservative Republicans.