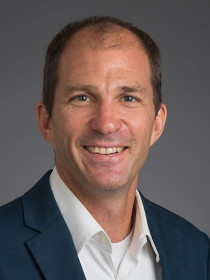 Hajnal is a scholar of racial and ethnic politics, urban politics, immigration, and political behavior. Hajnal is the author of a range of books and articles on partisan politics, voter turnout, minority representation, and local spending. Hajnal has published in the American Political Science Review, the Journal of Politics, Public Opinion Quarterly, and numerous other journals, edited volumes, and newspaper editorial pages. He has received numerous honors for his research and writing including the Best Book on Race Ethnicity, the Best Book on Urban Politics, and the Best Paper on Urban Politics (all from the American Political Science Association). He has received a number of fellowships including a Center for Comparative Immigration Studies Fellowship, a Center for the Study of Democratic Politics Fellowship, and a Chris and Warren Hellman Fellowship. His research has been funded by the Russell Sage Foundation and the Andrew W. Mellon Foundation. He holds a PhD in political science from the University of Chicago. Prior to taking his position at UCSD, he served as a Research Fellow at the Public Policy Institute of California and as a legislative assistant in Canadian Parliament.

We Can Double the Number of Americans Voting: Reschedule Elections to Make Local Politics More Representative

How Democrats and Republicans Can Draw Uncommitted Minorities into Politics

Under Democratic Presidents, Minorities Make Economic Gains - And So Do Whites

Episode 65:
Timing is Everything

"We All Agree: Strict Voter ID Laws Disproportionately Burden Minorities" (with John Kuk and Nazita Lajevardi). The Journal of Politics 80, no. 3 (2018).

Provides an authoritative assessment of how immigration is reshaping the politics of the nation. Shows that fears about immigration fundamentally influence white Americans' core political identities, policy preferences, and electoral choices, and that these concerns are at the heart of a large-scale defection of whites from the Democratic to Republican party. Raises critical questions and concerns about how political beliefs and future elections will change the fate of America's immigrants and minorities, and their relationship with the rest of the nation.

Argues that voter identification laws decrease minority turnout in American elections. Discusses how voter turnout among whites does not change, but turnout among Hispanics, Blacks, Asian Americans, and liberals falls by several percentage points when states require citizens to show identification in order to vote.

Why Americans Don’t Join the Party: Race, Immigration, and the Failure of Political Parties to Engage the Electorate (with Taeku Lee) (Princeton University Press, 2011).
Offers the first encompassing account of how race and immigrant status affect the relationship that ordinary individuals have, or fail to have, with the American party system. Our analysis not only explains the high levels of ambivalence and uncertainty that shape the partisan views of so many individual Americans but also offers incentives and strategies for political parties and other interested observers to incorporate this population.
America’s Uneven Democracy: Turnout, Race, and Representation in City Politics (Cambridge University Press, 2010).
Demonstrates that low and uneven voter turnout leads to disadvantages for racial and ethnic minorities and proposes a practical and cost-effective solution to the problem.
"Who Loses in American Democracy: A Count of Votes Demonstrates the Limited Representation of African Americans" American Political Science Review 103, no. 3 (2009).
Uses a new measure of minority representation and finds that across the range of American elections, African Americans are consistently more likely than other groups to end up losers raising questions about equity in American democracy.
Changing White Attitudes toward Black Political Leadership (Cambridge University Press, 2007).
Examines how experiences of constituency under black mayors affect individual white racial attitudes and the willingness of white voters to support black candidates; shows that black representation can profoundly alter white views and white votes by disproving the racial fears of many in the white community.