“The easiest, most politically viable, and most effective way to expand turnout and make local democracy more representative is to shift the timing of local elections so that officials in cities and suburbs are elected at the same time as presidents, governors, and legislators, at times when voter interest and turnout is at a peak.” - Zoltan Hajnal, University of California, San Diego

When Zoltan Hajnal finished his PhD program in political science, the first position he landed was as a research fellow at the Public Policy Institute of California. Little did he know that the research he would conduct there would become an integral part of his public scholarship for years to come.

His first project was to examine how to increase turnout for local elections. Based on results from a survey, he quickly found that one factor had a dramatic impact on turnout: moving local elections to correspond with statewide and national contests, otherwise known as on-cycle elections.

For the 2022 midterms, he joined efforts to get Boulder, San Francisco, and King County (which includes Seattle) to shift their elections to be on-cycle. Voters in all three overwhelmingly passed initiatives to do so, paving the way for on-cycle elections to come.

As Hajnal lays out in his 2020 SSN brief, the reasons for moving local elections to coincide with statewide and national contests are multiple. For one, municipalities with on-cycle local elections have almost double the turnout to comparable municipalities with off-cycle elections. That’s likely due to the fact that 70 percent of Americans prefer voting on one day. This increased turnout also leads to more working class, younger Americans, and racial and ethnic minorities getting elected, which helps ensure subsequent local policies meet the needs of all residents. And finally, on-cycle elections save municipalities money as they only have to pay for a portion of the costs associated with running an election that coincides with statewide contests.

These findings have propelled Hajnal’s work with organizations looking to implement this policy change in cities across the country. One of those organizations is Common Cause, which used Hajnal’s research in its successful push in 2015 for a California statewide mandate to move local elections to be on-cycle if a certain voter turnout threshold was not met, as well as a successful push in Los Angeles that same year to move city and school board elections. Similarly, Hajnal has collaborated closely with More Equitable Democracy, a racial justice organization based out of Seattle, that has pushed for local election reforms, including on-cycle elections.

As part of his efforts in 2022, Hajnal wrote a guest column for the Boulder Daily Camera, the main newspaper for the city. In it, he lays out the evidence for why voters should pass Measure 2E to move local elections to be on-cycle. Meanwhile in San Francisco, Hajnal spoke with the San Francisco Chronicle about that city’s ballot question.

In Seattle, Hajnal played the biggest role, helping to inform articles by the Sightline Institute on why voters there should similarly choose on-cycle elections. Additionally, Hajnal testified in front of the King County Council on the matter multiple times, submitted supporting evidence to highlight the value of on-cycle elections, and produced data for local civic organizations pushing for this change. These efforts paid off, with all three municipalities passing these measures by wide margins - nearly 65% voted in favor in King County and Boulder, and nearly 70% in San Francisco.

Moving forward, Hajnal will continue working with More Equitable Democracy to reach municipalities that do not have on-cycle elections, building a national movement for this change. In fact, most major cities in the U.S. still hold their elections off-cycle. As Hajnal told the San Francisco Chronicle, incumbents often hesitate to change systems that got them elected. But switching to on-cycle elections is a tried and true method of increasing voter turnout, diversifying the electorate, and saving cities money. 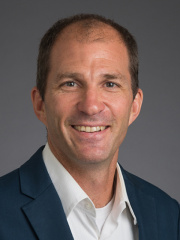 Hajnal is a Professor of Political Science at the University of California, San Diego and the director of the Yankelovich Center for Social Science Research. He is a scholar of racial and ethnic politics, urban politics, immigration, and political behavior. Hajnal is the author of a range of books and articles on partisan politics, voter turnout, minority representation, and local spending.